Growing up with a disabled brother made me very comfortable around persons who faced intellectual and physical challenges.  In 2015 when I was serving as U.S. Ambassador to Tajikistan, the U.S signed on to the United Nations Convention on the Rights of Persons with Disabilities. (CRPD)  U.S. Ambassadors received instructions from Washington to encourage the governments in the countries where they were serving to sign on to the UN CRPD. Since I had (and continue to have) a personal interest in advocating for the rights of persons with disabilities, I was excited that I had a mandate from Washington to work on this diplomatic issue.

In addition, 2015 was the 25th anniversary of the passing of the Americans with Disabilities Act (ADA).  When the U.S. Congress passed the ADA in 1990, the U.S. became the first country in the world to adopt legislation condemning discrimination against people with disabilities. The ADA launched a movement to secure the rights of disabled people internationally.  Rather than just deliver a demarche about the importance of signing the UN CRPD and commemorating the ADA’s 25th anniversary to the Tajik Foreign Ministry, I decided to do more. In consultation with U.S. Embassy Dushanbe’s staff, I developed a multifaceted action plan not only encourage the government to address the rights and needs of disabled citizens, but also to reach out to disabled persons in Tajikistan and help them develop advocacy plans for themselves. 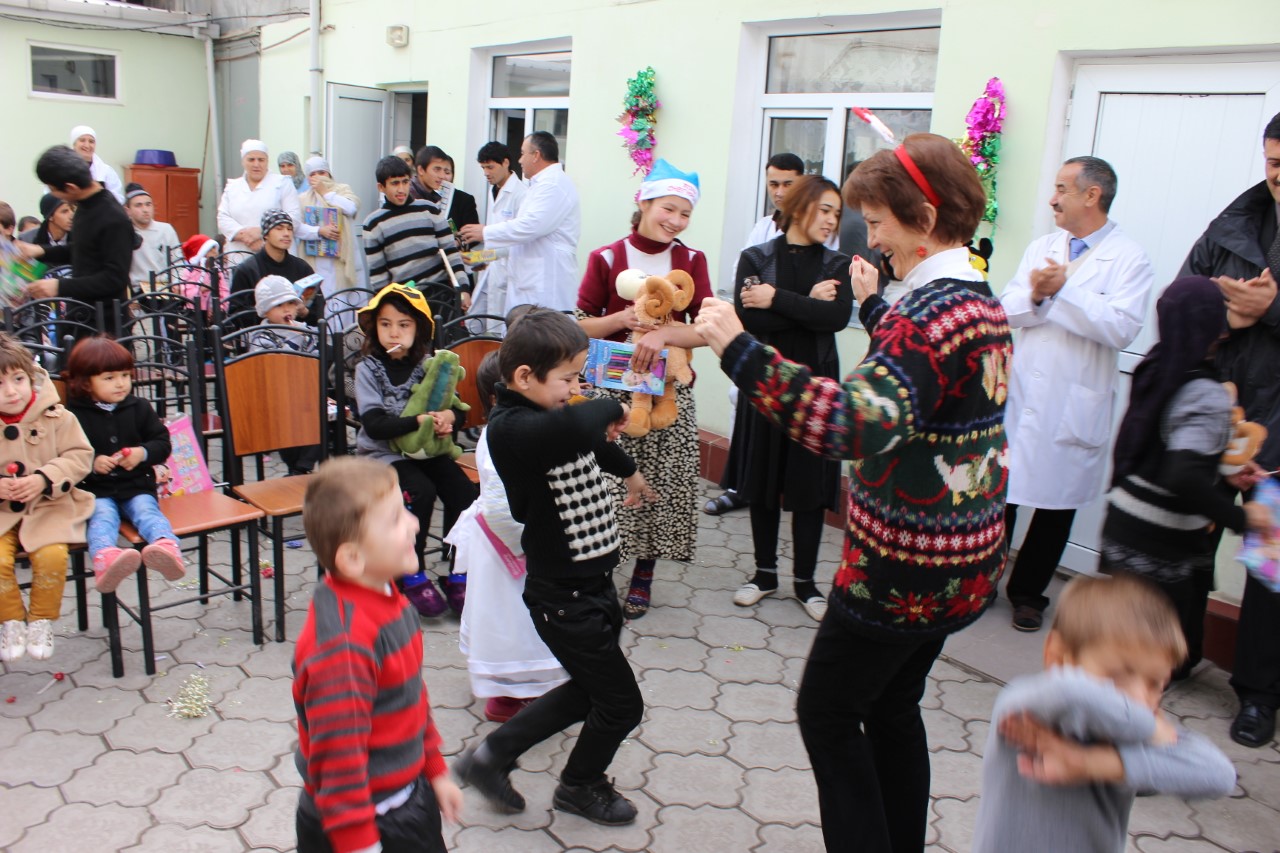 We began by engaging government officials responsible for the oversight and implementation of educational and health care policies governing persons with disabilities.  With the permission of the Tajik government officials, we visited centers that served physically and mentally handicapped children and adults. Another aspect of the plan was to meet with local “grassroots” organizations and community activists who worked on developing and expanding the rights of disabled persons.

When we planned the Embassy’s July 4th U.S. Independence Day celebration, we decided to commemorate the 25th Anniversary of the ADA.  In my remarks during the reception, I praised U.S.-Tajik cooperation and advocated for greater collaboration to improve conditions for all Tajiks. I also highlighted the importance of persons with disabilities having the same rights as non-disabled persons regardless of any disabilities that may prevent them from engaging in activities of daily living.

In 2010, the Department of State appointed Judith Heumann, an internationally recognized leader in the disability community and a lifelong civil rights advocate for disadvantaged people, to be Special Advisor for International Disability Rights. I contacted Ms. Heumann and she agreed to host a virtual discussion with Tajiks supporting disability rights.  We organized a video conference for about 15 persons at the US Embassy. Ms. Heumann outlined the struggles she had faced as a disabled person in the U.S. and explained how she successfully organized groups to lobby the U.S. Congress to pass the ADA legislation. Although the legislation was passed in 1990, Ms. Heumann had worked tirelessly for many years to accomplish that goal.  She encouraged the attendees not to get discouraged or give up.

A third aspect of our diplomatic strategy was to include disabled adults and disability rights activists in the International Visitor Leadership Program (IVLP).  Embassy Dushanbe selected three persons who were either disabled or disability rights activists to participate in the program.  Each participant visited a different place in the U.S. — one went to Chicago, one went to Hawaii, and one went to Colorado. They learned how persons with disabilities living in the U.S. are able to develop their greatest potential and attend school, work and live independently.  As part of the IVLP, the participants were also eligible for some small grants to implement programs in Tajikistan in the communities they serve. The IVLP continues this support of persons with disabilities not only from Tajikistan, but around the world.

Since 1947, the United States Marine Corps (USMC) has conducted an annual Toys for Tots program, collecting and distributing toys to children in need.  In Tajikistan, the Marine Security Guards held successful Toys for Tots drive among embassy personnel but asked me for recommendations on how to distribute the toys to children in Tajikistan.  We agreed that as part of disability related diplomacy efforts  that we would highlight the needs of disabled children.  We found a school that serves children with intellectual disabilities and after consulting with the management of the facility, we decided to give the toys to the students.  So, in December 2014, we not only distributed the toys, but the Marines, embassy employees and I attended the holiday party the Marines hosted for the children, their families and staff.  It was so much fun to celebrate with the participants as a way to show the USMC and embassy personnel’s support for children with special needs.

Another way we supported persons with disabilities was via the Future Leaders Exchange Program (FLEX).  This program is a U.S. government sponsored program which provides scholarships for high school students from Europe and Eurasia to spend an academic year in the United States, living with a family and attending an American high school. Tajik high school students have participated in this program for many years. 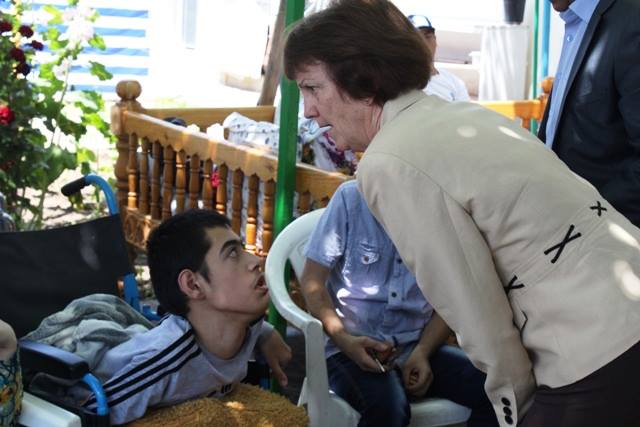 Foundation for the Aid of Disabled Children (NEKI)/Facebook.

The Hisor teachers engaged a professional artist to help the 40 Hisor students create artwork for a live art auction. The students were encouraged to draw their dreams and were filmed chatting about their hopes and goals.  The children's artwork, accompanied with their video interviews, was auctioned off at the Live Art Auction on Valentine’s Day, 2015. Many members of the international community attended including the US Ambassador to Tajikistan Susan Elliott and bid on the children's artwork.

It is great to see that the Embassy Dushanbe staff continues the important work we started so many years ago.  The U.S. Alumni Network of Tajikistan (USANT) with the support of the Alumni Grants Program also continues to be involved in supporting persons with disabilities in Tajikistan.  There is still much work to be done, but I am very proud of the important work we started while I lived and worked in Tajikistan.

Taking an important step in his administration’s effort to renew the composition of the country’s leadership, and in accordance with the Constitution as amended following last

For the First Time, Turkmenistan Reduces the Power of its Executive