U.S. Secretary of State Mike Pompeo arrived in Tbilisi on November 17 for talks about strengthening security and defense cooperation between Georgia and the United States. The following day he met with President Salome Zurabishvili, Prime Minister Giorgi Gakharia, Foreign Minister Davit Zalkaliani, representatives of civil society, and the leader of the Georgian Orthodox Church, Patriarch Ilia II. A number of civil society representatives met with Pompeo to discuss judicial reform and the vital role of civil society in modernizing state institutions and forwarding the rule of law. Representatives from NGOs dedicated to strengthening Georgia’s democracy all agreed that while much has been accomplished, continuing work is necessary.

In Pompeo’s conversation with Zurabishvili and Gakharia, Pompeo expressed U.S. support for Georgia’s Euro-Atlantic ambitions and emphasized the importance of strengthening democratic institutions and electoral and judicial reform. He reaffirmed the U.S. commitment to Georgia’s territorial integrity and praised Georgia’s contributions in fighting global terrorism. Gakharia thanked the United States for its the key role in establishing the Lugar Laboratory of the National Center for Disease Control in Tbilisi that has helped Georgia fight covid-19. Pompeo emphasized that U.S.-Georgian relations were based on “common values – freedom, democracy, and common geostrategic interests.” He said that the partnership between the two countries would not only strengthen U.S.-Georgian cooperation, but also U.S. representation in the region.

Pompeo’s visit to the South Caucuses just after the Russian-brokered ceasefire between Armenia and Azerbaijan demonstrates the United States’ ongoing commitment to the region. His trip, however, also coincided with continuing protests by opposition parties against Georgia’s October 31 parliamentary elections. The Organization for Security and Cooperation in Europe’s Office for Democratic Institutions and Human Rights (ODIHR), with election monitors on the ground, cast a complex image of the election.

Its initial assessment called the elections “competitive” and said that “fundamental freedoms were respected.” But ODIHR also noted that “pervasive allegations of pressure on voters and blurring of the line between the ruling party and the state” diminished public trust in the electoral process. The U.S. Embassy in Georgia concurred with these sentiments, calling on parties to address these shortcomings in the future, noting that while these issues did not invalidate the election results, they did blemish the Georgian elections.

Dissatisfaction with the electoral process is rife within Georgian society as well. With the ruling party, Georgian Dream, maintaining its lead after securing 48% of the vote, all of the opposition parties that crossed the election threshold for qualifying for seats in parliament signed an agreement not to take up their mandates. These eight parties were joined by 12 other opposition parties that did not reach the threshold but agreed that the elections were not legitimate and that they were fabricated by the Central Election Commission.

During Pompeo’s visit to Georgia, protests continued; over 20 opposition parties released a statement expressing their concern about the behavior of Georgian Dream party chairman Bidzina Ivanishvili (widely seen as sympathetic to Russia) as a threat to regional peace and security. The announcement also emphasized the importance of Western partnerships through free-trade agreements, U.S. investments, and geostrategic projects like the Anaklia deep seaport.

The U.S. Department of State also released a statement following Pompeo’s visit to Tbilisi, encouraging the opposition to pursue claims of violations through legal processes and negotiate through parliament rather than boycotting it. The elections are not over; run-off elections are scheduled for November 21. Despite division over election results in Georgia, Pompeo’s visit demonstrates the United States’ continued commitment to strengthening Georgian democracy and civil society and its continued support for security cooperation. 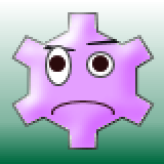 Tajikistan recently deployed additional troops to its southern border with Afghanistan. This...

Since Israel and the United Arab Emirates agreed to normalize relations in...