THE UNITED STATES IN THE CASPIAN REGION: A RELIABLE PARTNER

Homepage Articles THE UNITED STATES IN THE CASPIAN REGION: A RELIABLE PARTNER
Articles

THE UNITED STATES IN THE CASPIAN REGION: A RELIABLE PARTNER

During a Caspian Policy Center July 30 webinar discussion by think-tank analysts from the United States and four of the countries of the greater Caspian region – Azerbaijan, Georgia, Kazakhstan, and Uzbekistan – an implicit consensus suggested that the United States is “less visible” and that its role has “flattened” in the region.

The origins of this perception are important to understand because, in fact, the United States is still very much a player in the region.  This is clear, for example, in the U.S. National Security Strategy for Central Asia that was released early this year in which Washington emphasizes that it remains committed in this energy-rich strategic crossroads, not the least to provide an alternative to the influence of Russia and China.  Further, in a period when U.S. foreign-assistance budgets generally are falling, the Caspian region has not seen a significant decline in the broad range of programs that Washington supports.  I would suggest that the perception of declining U.S. interest in the region is largely psychological and has a number of sources.

HISTORY.  At the unexpected fall of the Soviet Union late in 1991, its Soviet Socialist Republics became independent states overnight.  In quick response, the United States recognized each one of them, established embassies in every new capital, and apportioned generous assistance budgets for each.  Washington expected that these new countries would quite quickly become free-market democracies.  In retrospect, that was highly unrealistic because these new countries had had almost no contact with the West and naturally built on their hundreds of years of Soviet and, before that, Czarist experience.  When these new states did not meet U.S. expectations, Washington began to understand that it was in it for the long haul.

After a decade, the initial U.S. interest in the region did indeed wane somewhat.  But the history-changing events of 9/11 brought significantly renewed U.S. interest to the region.  Washington needed these countries to support its anti-terrorism war in Afghanistan with ideological affirmation and concrete lines of communication to supply U.S. and NATO troops in Afghanistan.  Now, almost 20 years later, the United States is in the process of withdrawing its troops from Afghanistan, and some suspect that will lead to diminished U.S. interest in the region.

GEO-POLITICS.  From the beginning of their independence, these new countries understood their need to balance their relationships with the major powers:  Russia, China, the European Union, and the United States.  Kazakhstan was the first to define this effort as “multi-vector foreign policy” – friendly and open to each of the major powers but unwilling to be dominated by any single one of them.  The rest practiced that policy to varying degrees and in their own ways and maintained that balance.

Naturally, Russia loomed large simply because of history and its economic and linguistic ties that permeated the region.  However, not a single capital in these former Soviet Socialist Republics failed to note that Russian President Vladimir Putin described the fall of the Soviet Union as “the greatest catastrophe of the 20th century” and regularly described the region as Russia’s special – and sometimes privileged – sphere of influence.

China changed the rules of the game in September 2013 when it announced what has become its Belt and Road Initiative (BRI).  As a result, it has dramatically increased its presence and especially its investments in the region and is now beginning to establish a military presence in Central Asia.

It is also important to note that the countries of the Caspian region have now had nearly three decades to establish themselves and their identities and are increasingly confident in their dealings with external powers.  This includes not just “the big four” but also countries like Turkey, Iran, and India, as well as Japan and South Korea, that have geostrategic and economic interests in the region.  The countries of Central Asia and the South Caucasus are quite willing to cooperate with external powers when it is in their own national interests to do so.  Further, the countries of the Caspian region are increasingly and more confidently working with each other to define their external relations with the countries that are most important to them.

DOMESTIC U.S. POLITICS.  The current administration in Washington is unlike any that the Caspian region countries have ever seen previously.  They hear its calls for “America First!”  They watch closely Washington’s complex relations with Moscow and Beijing.  They are concerned that U.S. immigration and even visa policies – for example, for students seeking to study in American colleges and universities – are in flux, to put it mildly.  They see a darker side of the United States that, in fact, has always existed but seldom rose to the level of seriously influencing U.S. policy.  And, of course, these political elements are compounded by the global COVID-19 pandemic that is hugely disrupting nations’ economies and international travel.

And yet, even with all this, the daily – and even altruistic – work of American foreign policy continues at every U.S. embassy in the Caspian region.  U.S. foreign assistance levels have not fallen appreciably.  In fact, they have risen in specific instances as the United States has apportioned new funds to these countries to deal with the pandemic.  Most importantly, the community of foreign policy experts in the United States fully understands that the Caspian region is one of the key geostrategic centers of the world.  Yes, U.S. attention to the region ebbs and flows, as it has done for the last 30 years.  But the United States is not about to pull up stakes from the region.  It fully understands, and quietly continues to demonstrate, that a firm and multi-faceted presence in the Caspian region is in its own national security and economic interests.

We do, indeed, live in turbulent times, but the United States remains a reliable partner for the countries of the Caspian region. 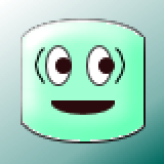