The Time Is Now for a Trans-Caspian Pipeline

Homepage Articles The Time Is Now for a Trans-Caspian Pipeline
Articles, Energy and Economy Program (EEP)

The Time Is Now for a Trans-Caspian Pipeline

China will enter the post-COVID-19 era with many geopolitical advantages. Its lockdown is ending while many in the West are in the midst of theirs. Western policymakers have yet to reach consensus on how to decouple their supply chains from China. Beijing appears to be winning the 5G race, and it has filled its strategic oil reserves with crude priced at historic lows.

China also has the upper hand when it comes to tapping into Central Asia’s vast energy resources. This could change, but only if the West decides to act. Europe needs the region’s natural gas as much as China does. Whoever wants it more will get it.

The idea of constructing a pipeline along the seabed of the Caspian has been discussed for decades. Since liquefying natural gas can be costly relative to other options when the transportation distances are short, the only economical way to move natural gas from one side of the Caspian to the other is via pipeline.

But with the global economy in a tailspin and oil prices at historic lows, it is reasonable to ask if this is the right time for the West to undertake a project like building a Trans-Caspian Pipeline.

We argue that not only is this the right time, it is the perfect time — for four reasons.

First, the timing is right for all the key players: the United States, Europe, Azerbaijan, and Turkmenistan. Europe currently relies on Russia for more than 40% of its natural gas imports. Frustratingly enough, this proportion has actually increased since Russia’s takeover of Crimea.

The United States knows that the less Europe must depend on Russia for its energy supplies, the less susceptible it is to pressure from Moscow and, by default, the better off NATO is. European nations are actively seeking alternatives to Russian energy resources. Azerbaijan is trying to cement its position as the key energy hub in its region, while Turkmenistan is weathering a severe economic crisis and is desperate for new and dependable markets for its natural gas.

Second, if the West wants access to this gas, it had better act now, because China has its eye on it. Earlier this year, Tajikistan started construction on its section of the planned China-Turkmenistan Pipeline that will connect gas fields in eastern Turkmenistan to China. This project is been setback by delays and technical challenges, but China is determined to make it work. Turkmenistan needs to sell its gas desperately. If China is successful at completing its pipeline, Ashgabat will have no choice but to look east, rather than west, for additional markets.

Third, the West has a major advantage over China. The pipelines and other infrastructure on both shores of the Caspian are already built and ready for use. All that is needed is the piece connecting both shores of the Caspian. Ashgabat has already constructed the so-called East–West pipeline, a 780-kilometer natural gas pipeline connecting the Mary region in the east with Turkmenistan’s Caspian coast in the west.

On the western shores of the Caspian, the South Caucasus Pipeline and Trans-Anatolian Natural Gas Pipeline, or TANAP, running from Baku to Turkey’s border with Greece are operational. The Trans-Adriatic Pipeline, or TAP, picks up where TANAP ends, and then continues to Italy. The TAP is expected to be operational later this year. Together, these pipelines form Europe’s 3,500-kilometer Southern Gas Corridor.

Finally, the political timing is also right. Last month Turkmen President Gurbanguly Berdimuhamedov paid a state visit to the Azerbaijani capital of Baku. The trip ended with an agreement to lay a new fiber-optic cable linking Europe with Asia along the Caspian seabed. The two countries are finally working out a deal to resolve their long-standing dispute over the Kapaz/Serdar oil and gas field in the Caspian. Given changes in global oil markets, both sides realize it is better to come to an agreement sooner rather than later.

If you have the money to invest in major energy projects, the low price of crude oil should be seen as an opportunity, not a discouragement. When crude oil prices are low, construction and contracting costs tend to also be low for energy projects.

Some of the region’s biggest oil and gas projects in recent years occurred during periods of low crude prices. In 2015 when construction started on TANAP, oil ended the year below $40 per barrel. Original estimates projected that the project would cost $12 billion. But it was completed in 2020 for just a little over $6 billion – almost 50 percent lower than original estimates.

However tempting it might be to have a new gas pipeline connect one coast of the Caspian to the other, Baku and Ashgabat should focus first on building an inter-connector between two existing gas fields: Azerbaijan’s offshore Azeri Chirag Guneshli gas field and Turkmenistan’s Banka Livanova gas field. The distance between these two fields is only 42 nautical miles.

An inter-connector would be a quick, tangible, and affordable “proof of concept” to demonstrate that the eastern side of the Caspian can be connected to the western side of the Caspian to deliver natural gas. Government and industry officials in Baku estimate that the interconnector could be built for only $500 million, only a third of the estimated $1.5 billion needed for a full Trans-Caspian Pipeline.

An inter-connector will serve as an important confidence-building mechanism between Azerbaijan and Turkmenistan. It is no secret that these two countries have cordial but complicated bilateral relations, with the complications arising mainly from the lack of delineation of their maritime borders in the Caspian.

An interconnector also would likely be more politically acceptable to both Russia and Iran than construction of a full-blown pipeline would be. Both countries have their hands full elsewhere in the world. An inter-connector would fall below the threshold of alarm in Moscow in Tehran.

Western policymakers should not assume that Central Asia’s natural gas (or oil, for that matter) will naturally flow west. If the West does not take a proactive approach, China will steal a march. Indeed, China is already on the move, while the West dithers.

Today, the only thing that keeps natural gas from traveling from Central Asia to the heart of Europe is a 42 nautical mile gap between two existing gas fields in the Caspian Sea. That gap should be closed. There’s no better time than now.

Luke Coffey is the director of The Heritage Foundation’s Allison Center for Foreign Policy. Efgan Nifti is the executive director of the Caspian Policy Center in Washington, DC. The views expressed are the authors’ own.

The piece was originally published at Real Clear World. 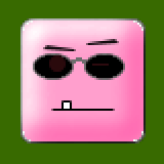 Article by Caspian Policy Center Luke Coffey and Efgan Nifti
Previous Story
PRESS RELEASE: Caspian Policy Center Hosts a Virtual Convening on Health Policy Implications of COVID-19 With Experts from the White House, U.S. Centers for Disease Control and Prevention (CDC), and the Regional Ministries of Health in the Greater Caspian Region
Next Story
Media Highlights of the Week