The Flight of Afghanistan’s Pamir Kyrgyz: A Portent of Things to Come?

The Flight of Afghanistan’s Pamir Kyrgyz: A Portent of Things to Come?

Over the span of five days in mid-July, 345 Pamir Kyrgyz, a group of ethnic Kyrgyz nomads living in Afghanistan, crossed the Tajik-Afghan border twice. They first crossed seeking repatriation to Kyrgyzstan, and crossed again once those hopes were dashed. The plight of the Pamir Kyrgyz is illustrative of the increasing importance of open, transnational communication to accomplish domestic goals as Central Asian states brace for escalated fighting in Afghanistan.

The Pamir Kyrgyz are descendants of ethnic Kyrgyz herders living in the mountainous Wakhan Corridor, a sliver of land in northwest Afghanistan created in the 1890s as a buffer between the Russian Empire in today’s Tajikistan and the British Empire in modern-day Pakistan. Currently numbering between 1,000 to 2,000 people, the Pamir Kyrgyz are no strangers to resettlement. In 2020, a wave of malnutrition and illness resulted in the government of Kyrgyzstan granting 44 Pamir Kyrgyz citizenship and resettlement in the Osh region. Kyrgyz President Sadyr Japarov welcomed the newcomers to their “historical homeland,” commenting that the “hardships of the Pamir Kyrgyz are constantly disturbing my thoughts.” Turkey carried out a similar scheme in the 1980s, when it resettled 1,200 Pamir Kyrgyz refugees after their exodus from the Soviet-backed government’s rule in Afghanistan.

Today, conflict in Afghanistan is once again pushing the Pamir Kyrgyz to migrate. One half of Afghanistan’s districts are now under Taliban jurisdiction, including large swaths of land and trade corridors along the country’s northern border with Central Asia. Between July 13 and 14, 345 Pamir Kyrgyz and their livestock crossed into the Murghab region of Tajikistan, where border guards greeted them with temporary shelter, food, and medical services.

The Government of Kyrgyzstan, meanwhile, reacted by planning their evacuation to Kyrgyz territory. On July 13, Kyrgyzstan’s Ministry of Foreign Affairs asked their Tajik counterparts to permit the refugees’ passage to a Tajik-Kyrgyz border checkpoint and sought evacuation assistance from the Office of the UN High Commissioner for Refugees (UNHCR). On July 16, the Tajik Ambassador to Kyrgyzstan met with officials to discuss the refugees’ repatriation to Kyrgyzstan.

The next day, the Pamir Kyrgyz returned to Afghanistan. The Tajik national news agency, Khovar, with reference to the Border Troops of the State Committee for National Security’s press center, reported that Tajik officials relocated the 345 refugees to Afghanistan between July 17 and 18, following assurances from the Afghan government that their safety would be guaranteed.

The Kyrgyz Foreign Affairs Ministry has since announced that it did not receive an official response from Tajik officials. Tajikistan and the UNCHR have not commented on Kyrgyzstan’s requests, as of June 21.

A number of factors could explain this breakdown in communication. Repatriation is an expensive process, rife with legal, logistical, and political complications. There is a reason that, despite President Japarov’s stated desire to relocate Pamir Kyrgyz “for a long time now,” repatriation has been limited to only a few dozen families. From Dushanbe’s perspective, any breakdown in resettlement capacity on Kyrgyzstan’s behalf risks saddling Tajikistan with civilian refugee settlements on its Afghan border. Moreover, the government of Tajikistan, like  other Central Asian governments bordering Afghanistan, has established a precedent of repatriating Afghan soldiers and maintaining neutral relations with the Taliban as the militant group takes control over major Tajik-Afghan trade routes. Publicly facilitating the exodus of Pamir Kyrgyz, who view the Taliban as a threat, risks framing Tajikistan as an aid to Taliban foes and may open the floodgates for additional civilian refugees to pour into the country.

On the other hand, Tajikistan and Kyrgyzstan missed out on a much-needed opportunity to mend relations. Tensions between the two countries have been smoldering since late April, when violence broke out on the Tajik-Kyrgyz border and resulted in more than 50 fatalities. Cooperating to repatriate this modestly-sized band could have served as a positive display of collaboration at a time when unity is of paramount importance.

The Pamir Kyrgyz attempt to escape Afghanistan demonstrates how the ripple effects of instability are not limited to border countries, but have wide-spread implications for all of Central Asia. As the security situation in Afghanistan continues to deteriorate, Central Asian governments will increasingly face trans-border problems that require cooperation with neighbors. The UNHCR has the potential to facilitate communication among Central Asian states on the issue of refugees, but only if it publicly demonstrates its willingness to hear and respect local governments’ concerns.

Matters of refugees, trade, and security along Afghanistan’s borders to Central Asia should be conceptualized as regional issues that merit transparent and responsive communication to fulfill domestic desires for stability. In the future, it might not be possible for the Afghan government to guarantee the safe return of civilians fleeing northward. Central Asian leaders should start collectively preparing for that moment. 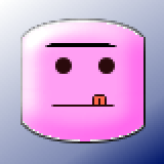