From March 23 until it was freed on March 29, the Ever Given, a massive container ship that had run aground while traveling through the Suez Canal, blocked movement through one of the world’s busiest trade routes.

The blockage prevented the movement of $400 million of goods for every hour the crisis continued, according to London-based shipping news journal Lloyds List. Per day, the total value of goods unable to move through the canal reached nearly $10 billion. With considerable strain already placed on global supply chains by the COVID-19 pandemic, the halt in trade through the Suez has further underscored the fragility of the trade routes that support the global economy. Leaders in government and the private sector should look at this as a warning of the need to invest in diverse supply chains to safeguard against unpredictable crises like the one in Egypt. Overland trade through Central Asia and the South Caucasus provides an ideal alternative, provided that there is sufficient investment in infrastructure.

Currently, the Suez Canal handles 12% of all seaborne trade in the world and while it has revolutionized global trade patterns, the Ever Given saga highlights that there are risks to the world’s overreliance on this single route. With over $1.5 trillion in goods moving between Europe and Asia annually, there is a clear need to diversify East-West trade.

A Trans-Caspian trade and transit corridor would offer a valuable alternative to Suez Canal for handling East-West trade. Sending goods overland through Central Asia, across the Caspian Sea, and then to the Black Sea through the South Caucasus would add a reliable new route for moving goods between Europe and Asia in the tradition of the famed Silk Road.

In addition to diversifying global shipping patterns, a Trans-Caspian route would provide an option between the high cost of airplanes and the slow speed of ships. Overland shipping can travel far faster than sea trade, while simultaneously keeping costs lower than shipping by air. Overland shipping also has a far lower environmental footprint than emissions-heavy air freight options.

Beyond the markets of the Caspian region itself that East-West overland trade could provide, the Trans-Caspian corridor would open up opportunities of trade along North-South routes as well. Goods that reach Central Asia could be rerouted to markets in South Asia, thereby connecting much of the Eurasian landmass by overland trade. In this way, the Trans-Caspian corridor could synergize with the International North-South Transport Corridor (INSTC).

Since Chinese President Xi Jinping announced the rollout of the Belt and Road Initiative (BRI) at Nazarbayev University in 2013, there has been much attention devoted to overland trade in Eurasia. The BRI has brought vast sums of investment for dry ports, railroads, highways, and other essential trade infrastructure. The United States has expressed interest in countering China’s investment in the Caspian with programs like the Blue Dot Network and, more recently, the Central Asia Investment Partnership. However, these projects still remain in the conceptual and aspirational stages respectively. The Ever Given crisis should sound alarm bells in Washington that the United States and its allies take concrete action towards diversifying supply chains. The need to develop new routes like the Trans-Caspian Corridor is not merely a case of countering Chinese influence, but of protecting the East-West trade that forms the bedrock of global prosperity.

The bureaucratic rules and regulations governing the transit of goods through the Trans-Caspian drive up the costs of transportation. Unnecessary, antiquated customs procedures cause delays resulting in increased labor and fuel costs and unreliability in delivery dates. All countries in the region would benefit from custom reforms that increase the free flow of goods across the region.  It would promote efficiency and effectiveness and would attract capital investment in infrastructure. Business, like water, will find the path of least resistance, with the lowest cost and highest speed to the end point.  Business wants reliable, cost effective routes.  Give them that and the investment will come to improve ports, make better highways, improve and modernize terminals which will further increase the volume, increase the efficiency all the while providing an alternative route that is economically viable. The Suez Canal was that until the mishap.  There is an opportunity for the region to make reforms for the transiting of goods so that the route can become an alternative.

With the transit reforms just mentioned, investment from the United States, China, and many other sources will come to make a Trans-Caspian trade route a reality. While there has been progress in recent years, governments and other stakeholders in the Caspian region will need to do a great deal more to make Eurasian surface routes genuinely competitive. There is a great need for new and improved railways, dry ports, highways, and much more. In addition, the Caspian littoral states must take steps to encourage the containerization of trade on the Caspian Sea. Currently, the majority of trade on the Caspian is done without containers, and while the widespread adoption of shipping containers and the accompanying infrastructure may require substantial initial investment, it will be necessary to bring largescale intercontinental trade to the region. Finally, the authorities in the Caspian region should take steps to reduce unnecessary hassles on shipping such as frequent regulatory checks and customs procedures as mentioned previously. That is the number one priority to making the Trans-Caspian Corridor a reality. In making Eurasian routes viable, improving the legal structures in the region could be just as important as investing in infrastructure.

While the Suez Canal may be open again, world and industry leaders should not forget the disruption and panic that this event caused. Next time it may not be a grounded ship in Egypt that slows global commerce, but military escalation in the South China Sea or a typhoon in the Strait of Malacca. Though we may not know with certainty what the next hazard for international trade will be, we can be sure that it will come sooner or later. Luckily, the Ever Given was dislodged in less than a week, but as the backlog of ships begins to move between the Red Sea and the Mediterranean our attention should already be on the next crisis and finding ways to minimize its impact. Investing in the Trans-Caspian corridor is one option for reducing exposure to unpredictable crises and securing an international trade network, but it will not happen naturally. To overcome the inertia inherent in global commerce, governments and companies both in the Caspian region and around the world will need to make a concerted effort to turn the Trans-Caspian corridor into a competitive twenty-first-century trade network. 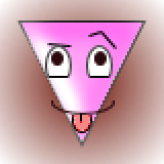