On July 5, a new airfreight route was launched linking Urumqi, capital of northwest China’s Xinjiang Uygur Autonomous Region, and Almaty in Kazakhstan. It was the second international all-cargo air route connecting Xinjiang with Central Asia following a route between Urumqi and Bishkek of Kyrgyzstan in May. Charter flight service will be operated by SF Airlines, the aviation branch of China’s express giant SF Express, twice a week, using a Boeing 757-200 aircraft with a maximum loading capacity of 28 tons.

Xinjiang, China’s northwest doorway to Central and West Asia, straddles the ancient Silk Road. As China revives the ancient trade route, Xinjiang has turned from a remote border region into a forefront for international logistics services. With the new air route, in the first half of this year, around 73,500 tons of cargo and mail were transported through Diwopu International Airport in Urumqi. This figure is up 11.98 percent year on year, making it more convenient for Xinjiang enterprises to enter the global market while boosting local economic and industrial development.

The increase of airline routes is driven by the development of cross-border e-commerce between China and Central Asia countries. AliExpress, Chinese e-commerce giant Alibaba’s global shopping portal, is becoming a new favorite among Kazakhstan’s young generation between the age of 25 and 30, with clothes, home appliances, and digital products. In May 2016, Kazakhstan’s national sovereign wealth fund Samruk-Kazyna led the Kazakh telecom and post companies to sign a memorandum of understanding with Alibaba to promote cooperation in e-commerce, payment and logistics. In June 2018, China and Kazakhstan Sign The Memorandum of Understanding on E-commerce Cooperation.

Logistics is important to the new business form. With the construction of Khorgos land port, it takes only 15 days to send goods form Xinjiang, China to Europe; whereas traditional waterway shipping would take as long as 40 days. KTZ Express, a subsidiary of Kazakhstan Railways, and the Chinese companies Huawei and Ili Baitexing Commercial Trading have signed a framework agreement on strategic cooperation. The pact is aimed at the development of cross-border e-commerce using the capabilities of Kazakhstan’s logistics infrastructure. Today, SF Airline’s engagement provides these online platforms with new options to ship their goods and makes the online experience more convenient and efficient for customers.

Moreover, e-commerce might be a good choice for Central Asia countries and change the traditional market since it can reduce the cost of distance and assist to attract people who are traditionally underrepresented in export markets such as females, tiny companies and rural areas. The development of logistics infrastructure will provide for a bright future for cross-border e-commerce between China and Kazakhstan. Given the benefits of e-commerce for China and Kazakhstan, this model will likely be replicated with the other Central Asian states. 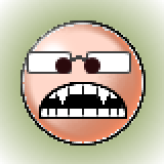 Ambassador (Ret.) George Krol Perhaps the major highlight of my...

U.S. Participation in the December 2010 OSCE Summit in Astana

Ambassador (Ret.) Richard Hoagland During my ambassadorship to the Republic...