The primary focus of the discussion was centered on the Lapis Lazuli international transit route. Inaugurated in 2018, the $2.2 billion trans-regional corridor encompasses highways, railways, and waterways to transport goods from Afghanistan to Turkey via Turkmenistan, Azerbaijan, and Georgia. The route was connected with the Baku-Tbilisi-Kars railway in 2018 to transport goods further west. The project aims to improve road and rail infrastructure, expand transit links between Turkey and Afghanistan, improve land port infrastructure in the five participating countries, and establish Cross-Border Economic Zones along the corridor to facilitate trade. The Lapis Lazuli corridor has facilitated an increase in trade between Afghanistan and the Caspian Region. Between January and May of this year, 55,500 tons of cargo were transported through Azerbaijan on route to Afghanistan and back. President Aliyev said that the Lapis Lazuli transit corridor has elevated Azerbaijan’s status as a regional transport hub in Eurasia.

Turkmenistan has also benefitted from the Lapis Lazuli transit corridor. The Turkmenbashi International Sea Port links Central Asia and the Southern Caucasus, acting as an essential transit point for goods along the route. President Berdimuhamedov also spoke about the future possibility of increasing trilateral cooperation among the three countries by issuing warehouse leases and long-term leases for storage at the Turkmenbashi International Sea Port to accommodate an influx of trade along the route.

The meeting also touched upon the possibilities of establishing a joint task force to facilitate increased collaboration to ensure regional connectivity through railway projects and the expansion of fiber optics. President Ghani said that Afghanistan would require about 2,500 to 3,500 miles of new railroad to fully integrate the country with the Caspian Region. Moreover, President Berdimuhamedov suggested the implementation of common tariff policy, the simplification of customs processes, and the modernization of high-tech transport infrastructure to support the trilateral trade goals.

It seems that trilateral cooperation will have the largest impact on Afghanistan. The Lapis Lazuli international transit corridor allows for the quickest route to transport goods via Turkey and its better-developed transit networks to lucrative European markets.

The Trilateral VTC Summit occurred at about the same time U.S. Secretary of State Mike Pompeo held a web meeting with Central Asian foreign ministers in the C5+1 format. The United States is ramping up its diplomatic engagement with Central Asia and investing significant political will to balance the recent economic and political influence of China and other actors in the region. This C5+1 high-level engagement from the United States is a valuable addition to the already-existing high-level dialogue in the region, but it should also include immediate neighbors like Azerbaijan and Afghanistan that are key for the region’s access to global markets and trade.

Trilateral cooperation among Afghanistan, Azerbaijan, and Turkmenistan will lead to greater economic collaboration in the Caspian Region and integrate Afghanistan more closely with regional networks and markets. 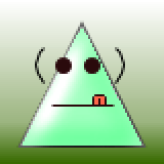 U.S. Participation in the December 2010 OSCE Summit in Astana

Ambassador (Ret.) Richard Hoagland During my ambassadorship to the Republic...