U.S. Secretary of State Mike Pompeo’s July 15 announcement of revised sanctions on Russia’s Nord Stream 2 and TurkStream projects represents the latest attempt by U.S. officials to push back against Russian expansion in the European energy market. Pompeo stated that the State Department is revising its enforcement of the Countering America’s Adversaries Through Sanctions Act (CAATSA) to remove protections for companies who had participated in the projects before the act was passed in 2017. State Department officials explained the sanctions as a response to Russian aggression towards Ukraine and Russian interference in elections abroad.

Under the new policy, companies active in financing or construction of the pipelines will face sanctions regardless of when they joined. The Secretary of State warned that companies active in “aiding and abetting Russia’s malign influence projects” should “get out now, or risk the consequences.” Though the projects are headed by Russian natural gas giant Gazprom, the revised sanctions could threaten European hydrocarbon companies Shell, Wintershall, Engie, and Uniper who are partners with Gazprom on Nord Stream 2.

The announcement was only the recent episode in the ongoing dispute over Russia’s ambitions in the European energy market. In October 2019 Denmark granted permission for the construction of the Nord Stream 2 pipeline in its territorial waters, clearing the way for the project’s completion. The Danish decision brought about much concern in the United States over how Nord Stream 2 would diminish Ukraine’s strategic role as an important transit center for Russian gas. In June 2020 the U.S. Senate passed mandatory sanctions against the projects as part of the National Defense Authorization Act. The overwhelming bipartisan support for this measure indicates the popularity of sanctions across the U.S. political spectrum.

While it is unclear what steps Gazprom’s European partners will take, the U.S. sanctions program has previously been successful at disrupting pipeline construction. In late 2019, Swiss pipe-laying firm Allseas withdrew from Nord Stream 2 because of anticipated U.S. sanctions on the project. Though Gazprom has vowed to complete its projects with or without European partners, construction could be complicated by a lack of partners to build and finance the pipelines. Should Shell, Wintershall, Engie, and Uniper abandon the pipeline over fears of impending U.S. sanctions the European energy market may look to sources other than Russia to fulfill its needs.

At the same time as the United States increases pressure to prevent Russia from dominating the European energy market, it should also work to encourage investment in projects that would increase the availability of Caspian hydrocarbons there. In order to decrease European dependence on Russian gas, the United States should actively promote the expansion and extension of the Southern Gas Corridor and the Trans Anatolian Natural Gas Pipeline. The Trans Adriatic Pipeline, which due to be completed this year, is an excellent example of the type of project that the U.S. government should encourage involvement in as it seeks to wean Europe off Russian energy products. If Caspian gas can reach greater markets in the Balkans and Central Europe, the allure of Russian projects like TurkStream and Nord Stream 2 will be greatly reduced. 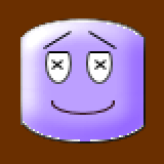