It was recently announced that Russia will be investing around $1.6 billion to build a modern port and associated rail and road links at the Caspian city of Lagan.

The Caspian is located between Europe and Asia, two major energy-consuming markets. Investors are funneling billions of dollars into the region to connect  it to the rest of the world. Like spokes on a wheel, new and modernized roads and rail lines are being constructed linking the Caspian to East Asia, Europe, and India.

In recent years Russia has been increasing its economic and security presence in the Caspian region. Moscow has expanded its military exercises in the region. In 2015 Russia even launched cruise missiles from ships in the Caspian to strike targets in Syria that threatened the Assad regime. This show of force was a reminder to other Caspian states that Russia remains the dominant military power in the region.

In economic and energy terms, Moscow has also been expanding its influence. In addition to the recent announcement on Lagan, Russia is investing millions of dollars to modernize and expand port facilities in Astrakhan and a naval base at Makhachkala. Russia has also been cutting deals with Turkmenistan and Kazakhstan to deliver more of their oil to international markets via northern routes instead of through the Baku-Tbilisi-Ceyhan (BTC) pipeline in the South Caucasus.

The location of Lagan for this new port is understandable if not predictable.

Located in the semi-autonomous Republic of Kalmykia, Lagan is home to the largest Buddhist temple in Eurasia. Kalmykia is the only region in Europe where Buddhism is practiced by a plurality of its citizens. It is also one of the poorest regions in Russia, with a per capita GDP of less than half the national average. While Astrakhan and Makhachkala has received the bulk of Moscow’s attention and resources directed towards the Caspian, officials in Kalmykia have been lobbying to get their share of the pie.

Going forward there are two issues to watch as Russia develops a new port in Lagan.

Firstly, how is Russia going to pay for it? It is no secret that the Russian economy is in tatters. The COVID-19 pandemic coupled with the ongoing western sanctions have crippled the Russian economy. For major energy and infrastructure projects in Siberia, Moscow has turned to Beijing. It has been reported that Russia is going to look towards both China and Iran for foreign investments in Lagan. One of the main trade routes from the Caspian region to Europe is through Azerbaijan, Georgia, and Turkey. All three of these countries have been very hesitant to take Chinese investments. Therefore, China could look at the situation in Lagan as an opportunity to expand its Belt and Road Initiative.

Secondly, what will be the impact on global trade? Russia has big plans for this new port. In addition, to the port facilities, Russia is also planning a new network of rail and road links. There is even talk about constructing a new canal to connect the Caspian Sea to the Black Sea in a more direct route than the existing Volga-Don Canal. When completed the new port will have a capacity of handling 13.7 million tons a year. Currently, all Russian ports on the Caspian have a combined capacity of only 8.3 million tons. It is also worth pointing out at this port will have the capability of handling container shipping, yet regional trade on the Caspian Sea is not containerized. This focus on containerized shipping at Lagan is a strong indicator that Moscow sees this port as an important hub for trade as far away as China and India.

The Caspian region has been, is, and will continue to be an area of geopolitical importance and competition. Russia’s recent announcement about Lagan is just the latest proof of this.

If the U.S. is to have a grand strategy to deal with a resurgent Russia and an emboldened China while also improving Europe’s energy security, policymakers in Washington cannot ignore the Caspian region. 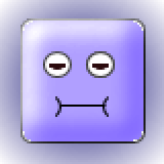