Following the seizure of the presidential office by anti-government protestors on October 6, Kyrgyz President Sooronbai Jeenbekov fled the presidential office building and is still in hiding. On October 8, the deputy secretary of the Security Council, Omurbek Suvanaliev, acting chief of the State Committee for National Security, said that he had ordered the Kyrgyzstani border guards to stop officials from leaving the country. Later that day, Jeenbekov spoke by telephone with Myktybek Abdyldayev, who was named speaker of the parliament by some lawmakers following the protests. The president’s official press service released a statement announcing that Jeenbekov was ready to resign and approve new leadership once the country takes the proper legal steps for dismissing officials and appointing new officials.

Various political groups have nominated candidates to be interim prime minister, but no consensus has emerged. On October 6, 35 parliamentary deputies declared Sadyr Japarov, a former member of parliament, the new prime minister. Mr. Japorov was sentenced in 2017 to an eleven-and-a-half-year prison term for taking a government official hostage in 2013; the supreme court commuted the sentence to ten years in April 2019. Protesters freed Mr. Japorov from prison on October 6.

According to lawmaker Ryskeldi Mombekov, 40 MPs gathered at a Bishkek hotel to elect an interim prime minister to create a new cabinet, schedule a session of parliament, and decide on Jeenbekov’s impeachment. However, Kyrgyzstani law requires 61or more MPs of 120 to be present for a decision to be considered legitimate. With Kyrgyzstan’s MPs fractured into cliques, the political scene lacks a unifying voice with legal authority, and key positions remain unfilled.

Public demonstrations began after activists and supporters from many of Kyrgyzstan’s opposition parties protested the election results that only four out of 16 political parties had passed the seven percent threshold for parliamentary representation. Three of the four parties that gained seats are considered to be pro-government or have ties to Jeenbekov. Birimdik (Unity) and Mekenim Kyrgyzstan (My Homeland Kyrgyzstan) have supported closer ties with Russia in security and through the Eurasian Economic Union (EAEU).

Official election results showed that only one opposition party secured enough votes for parliamentary representation, Butun (United) Kyrgyzstan. All 12 opposition parties announced on October 5 that they would not recognize the election results. The Organization for Security and Co-operation in Europe (OSCE) also stated that “credible allegations of vote buying” were seriously concerning.

Despite the nullification of parliamentary election results on October 6 by the Central Election Commission, thousands continued to rally in nationwide anti-government protests in Kyrgyzstan. Prior to the nullification, violence broke out between protestors and police in Bishkek. Protestors seized the presidential office building, the parliament, the State Committee for National Security (UKMK), and the public television and radio company (KTRK), despite heavy resistance by security forces. The 19-year-old, Umutbek Altynbek-uulu, was killed, and about 1,000 people have been injured.

Protesters have freed from prison many activists and political figures, including former President Almazbek Atambayev. President Atambayev was one year into serving an 11-year prison sentence for corruption. President Atambayev’s controversy came to a head last year as he encouraged and led violent agitation against the Kyrgyz Republic until he was successfully arrested. If a new government is formed, this will be the third (successful) revolution in Kyrgyzstan in the past 15 years. However, the current government is indicating it will not go without a fight. Hours after stating his intention to resign, President Jeenbekov declared a state of emergency, installed a new head of the Kyrgyz Joint Chiefs of Staff, deployed troops to Bishkek to quell the unrest, and implemented a curfew in the capital to last until October 21. On October 9, as former President Atambayev was giving a speech commemorating the fallen Umutbek Altynbek-uulu, supporters of Sadyr Japorov started a brawl in the Ala-Too Square where he was giving his speech. Gunmen fired on his car as he made his escape, failing to kill him. Mr. Toktogaziev was also injured by a flying rock. As numerous factions vie to take control of the Kyrgyz Republic, only one thing is certain: Kyrgyzstan is not yet out of the woods. 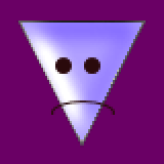