Kazakhstan is aggressively reaching out to become a regional financial hub as well as the self-described “buckle” in the Belt and Road (BRI) Initiative. Both vectors can mobilize the earnings from oil/gas production and, more importantly, the human capital developed by sending thousands annually to the West, privately and through Kazakh government programs, for advanced education and training since independence.

Kazakhstan and the Caspian Basin sit between two of the world’s largest markets: Europe, where the EU alone represents a market of over 500 million with a $19.6 trillion GDP; and China with a $22.5 trillion GDP and population of nearly 1.4 billion.1 At the same time, Kazakhstan must also focus on the north-south realities of its geography. Its border with Russia is longer than that of the United States with Canada. To its south, Kazakhstan’s government is concerned about Afghanistan, the future of U.S. engagement there, and what Kazakhstan can do to further Afghanistan’s — and the overall region’s — stability and security. (Meanwhile, developments in Uzbekistan, including the reforms underway there and the Mirziyoyev government’s determination to foster improved cooperation within the region, are positives for Nur-Sultan.) Kazakhstan itself has a population estimated at 18.8 million and a nominal GDP of $181.2 billion in 2018. In purchasing power parity terms, however, Kazakhstan’s economy is approaching $480 billion, which is close to that of Hong Kong and is the biggest in Central Asia.

The country is a major oil and gas producer with the capacity to extract and export more. Second only to Russia among CIS states in terms of recoverable reserves and production, expectations are that Kazakhstan’s production of oil, natural gas, and natural gas liquids will rise. Tengizchevroil is expected to boost production by 260,000 b/d in 2022. Production from the offshore Kashagan field – the largest known field outside the Middle East and the fifth largest in the world in terms of reserves, but at the same time troubled by adverse operating conditions and structural complexities – is also reportedly increasing.

Kazakhstan also has significant possibilities for greater agricultural production. With 3-4 million living in rural areas, plus a location next door to China, the biggest market for protein in the world as well as for other agricultural products, Kazakhstan’s government wants to boost activity in the farming and agricultural products sectors and has been engaging U.S. firms to do so. American experience and expertise in cold weather agriculture give U.S. companies an important leg-up in business with Kazakhstan in this regard. To realize its agricultural potential, there is a need for technical/cooperative/extension services along the lines of those often taken for granted in the United States, as well as for the development of rural cooperatives and microfinance facilities.

The oil/gas and agriculture stories flag an important reality affecting the next chapter in Kazakhstan’s growth: expertise and a business/regulatory environment where commerce and entrepreneurship are appreciated and utilized. Roads, railroads, pipelines, and other hard infrastructure are critical to Kazakhstan’s vision of itself in the future, but so too are Kazakhstan’s people and their ability to utilize and expand upon the country’s resources and physical structures.

Kazakhstan energetically courts foreign investment. It has pursued specific steps designed to boost its standings in international rankings for doing business. The World Bank ranks Kazakhstan 25th in terms of Ease of Doing Business, just behind Canada (23rd) and Ireland (24th) and ahead of Iceland (26th), Austria (27th), and Russia (28th). The 2019 Index of Economic Freedom, put out by the Heritage Foundation rates the country as “moderately free”, with an overall ranking of 59, just below Spain (57) and Slovenia (58). The 2019 World Economic Forum’s Global Competitiveness Index has Kazakhstan at 55, with a score of 62.9, behind Mexico (at 48) and Bulgaria (at 49) and above Greece (at 59) and South Africa (at 60).

The United States is currently Kazakhstan’s largest source of foreign investment, with Chevron and ExxonMobil’s involvement in the country’s energy sector being a major factor in that statistic.

China is the fifth largest source with investments particularly in agriculture, chemical production, and mining. Chinese investments in transportation infrastructure are also significant. The point is repeatedly made that after China makes an investment in transportation in Kazakhstan, all can use and benefit by it. However, interlocutors note as well that many of the Chinese investments in mining, agriculture, or manufacturing are designed to yield products that will be exported to China. These Chinese projects also raise questions as to the extent they result in technology trans-fer or other opportunities for Kazakhstan.

While welcoming Chinese investment, Kazakhstan looks to diversify as well as increase the amount of foreign funds and other economic engagement. Kazakh Invest has offices in eight countries, including China, the Netherlands, Singapore, the UK, and the United States and now in India as well. There is a recognition that while it is important to have the right laws, procedures, and operating environment to attract and keep investors, Kazakh Invest also is working to raise Kazakhstan’s international profile and noting how foreign companies are welcomed.

The Astana International Financial Center (AIFC) is a key part of Kazakhstan’s efforts to develop a stronger international identity, to become a regional headquarters, and to boost economic growth and the number of jobs. Looking at Singapore and Hong Kong as models, and cooperating closely with the World Economic Forum, Kazakhstan has made the English Common Law the system for governing the Center. Twelve retired British justices have been invited to come and handle legal disputes that might arise at the Center. In creating a new stock exchange at the Center in 2018, the AIFC brought in a former CEO of the New Zealand Stock Exchange to handle operations. As part of efforts to become Central Asia’s financial hub, the AIFC established a cadre of coaches to improve the skills of young financial officers. The goal is a competitive as well as competent workforce. The AIFC leadership also states its determination to have as much transparency as possible and to facilitate the exchange of information, including as to beneficial ownership. There is considerable interest as well in utilizing artificial intelligence, blockchain, and other emerging technologies.

Still, the country’s banking system has a ways to go. One problem is the banking systems’ reach, particularly in rural areas. Another, as in other countries in the region, is the scope and sophistication of the products and services Kazakhstan’s banks are able to offer.

Almaty, the country’s largest city and former capital, is also determined to attract and keep in-creasing foreign as well as domestic investment. In line with the overall Kazakhstan determination to grow and be among the best, Almaty’s mayor — and Kazakhstan’s former Prime Minister — Bakytzhan Sagintayev talks about the city as a business and logistical hub on the Silk Road and as one of the world’s top 100 cities by 2050. Greater Almaty’s population is expected to grow from around 3 million today to 5 million in 2030. The mayor talks about San Francisco as a model, a city where new industries are established and lead economic growth. A large-scale modernization of Almaty’s infrastructure is underway, including a $150 million deal signed in November 2019 for a new airport. The city already reportedly accounts for over 20 percent of Kazakhstan’s GDP and 15 percent of the country’s foreign trade. As part of the Almaty 2050 development strategy, health care, education, tourism, and artistic/creative industries are all targeted as vectors for in-creased economic growth.

In the political as well as the economic sphere, Kazakhstan continues to foster closer cooperation among Central Asia’s states. There is a certain degree of self-interest, of course, in doing so. However, the greater prosperity, stability, and security that can result from this higher degree of connectivity are all beneficial to the United States and others outside the region.

For example, Kazakhstan is trying to engage more with Afghanistan. As elsewhere in the region, there is deep concern about the negative implications of a possible U.S. pullout from Afghanistan without a real peace agreement. Kazakhstan thus strongly supports the C5+1 format, which brings Afghanistan into discussions among the leaderships of the Central Asian states.

The changes following President Karimov’s death in Uzbekistan, particularly Tashkent’s efforts to put behind it border and other disputes with its Central Asian neighbors, continue to be warmly welcomed in Nur-Sultan. Russia’s strong and growing role, developments in Iran, and continued concerns about fundamentalist extremism are frequently heard. Kazakhstan continues to hold to its multi-vector foreign policy, along with a push for stronger cooperation with the other Central Asian states, but there are concerns that the United States and Western Europe are not as engaged as they might be, thus breeding apprehensions about the future security situation in the region. These concerns can also lead to a greater than necessary dependence on China. Moreover, Kazakhstani figures often note concerns about being squeezed or otherwise negatively affected by U.S. sanctions directed against Russia and Iran.

Engagement with government, banking, commercial, and academic figures suggests the following steps will be important for Kazakhstan. 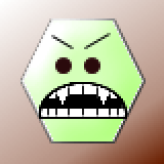 Article by Caspian Policy Center Ambassador (ret.) Robert F Cekuta
Previous Story
Travel to Kazakhstan Visa-Free: A Loosening of the Borders and a Boom in Tourism and Investment
Next Story
Media Highlights of the Week