Contributor Perspective: It Is Time to Repeal Section 907

Contributor Perspective: It Is Time to Repeal Section 907

Sticking with a tradition that began under President George W. Bush, President Joe Biden has extended the suspension of the Section 907 amendment to the Freedom Support Act to allow direct U.S. assistance to Azerbaijan. Secretary of State Antony Blinken certified to Congress that U.S. assistance is “necessary to support U.S. efforts to counter international terrorism; or is necessary to support the operations readiness of the United States Armed Forces or coalition partners to counter international terrorism; or is important to Azerbaijan’s border security.” So, while President Biden’s statement on the 1915 events was perceived as supporting the pro-war and revisionist groups in the region, the waiving of Section 907 is perceived as support for peace and cooperation.

The waiving of Section 907 coincided with important developments in the South Caucasus. It came at a time when the implementation of the terms of the November 10 agreement had been largely successful. Railway and communication lines between Azerbaijan and Armenia were opening, the demarcation of the borders was being negotiated at an official level, and discussions regarding the final peace conditions were taking place at the level of experts.

As President Aliyev stated, a new geopolitical reality has been created in the region. The November 10 agreement was signed with the mediation of Russia; Turkey and Russia have established a joint monitoring center in the liberated Azerbaijani territories; and, in the post-10 November period, French President Macron, in a desire to take part in the geopolitical reconfiguration, has been constantly telephoning Russian President Vladimir Putin. The attempts of France, one of the members of the Minsk Group, to bypass the U.S. and work in coordination with Russia have been noteworthy.

After heavy defeat in the 44-day war, Nikol Pashinyan called snap elections and Armenian political figures started their campaign processes from Moscow. Robert Kocharyan visited Moscow to get the support of old friends and called for full-fledged integration with Moscow. Following that, Pashinyan visited Moscow and requested a new nuclear power plant. So, in such a geopolitical environment in the South Caucasus, the U.S. administration has, by waiving Section 907, sent the message that it wants to take part in the ongoing peace process in the South Caucasus between Azerbaijan and Armenia.

However, Section 907 should be completely repealed. For many years in the United States, the administration and state department have lobbied strongly for the repeal of Section 907, as most know well that Congress adopted Section 907 as a result of the Armenian lobby and diaspora pressure. Paradoxically, Section 907 was adopted after the Armenian and Russian 366th Motorized Infantry Regiment had perpetrated a massacre in Azerbaijan’s Khojaly city on February 26, 1992; Azerbaijan had removed Russian bases from its territory; and Armenia had signed an agreement with Russia to protect its borders with Turkey and Iran. A few months after the adoption of Section 907, the UN Security Council, of which the U.S. is one of the five permanent members, adopted four resolutions regarding the occupation of Azerbaijani territories by Armenian forces.

The adoption of Section 907 was neither fair nor supportive of the United States’ interests in the region. According to a former U.S. ambassador to Azerbaijan, the legislation weakened the U.S.’ role as a mediator in the Nagorno-Karabakh process and complicated American negotiators’ ability to provide concrete incentives in the ongoing peace talks led by the OSCE. On July 21, 1997, Deputy Secretary Strobe Talbott stated that Section 907 had had a negative effect by limiting the U.S. leverage on Baku and complicating his country’s ability to be an effective and honest peace broker. These same themes were echoed several times during a Senate Foreign Relations Committee hearing featuring representative of the State Department and prominent think tanks.

According to Charles Pitman, President of Amoco Eurasia, Section 907 caused U.S. companies to lose advantage against competitor companies in the region that had the support of their governments. On July 9, 1998, the State Department asked Congress to lift sanctions on Azerbaijan in an effort to help American companies to develop energy resources in the Caspian Sea region.

These efforts of the White House and State Department led to the adoption of new legislation that in 1997 softened the provisions of Section 907 and in 2002 granted authority to the President to waive the restrictions for a period of one year. According to the 2002 regulation, the President may waive section 907 of the Freedom Support Act if he determines and certifies to the Committee on Appropriations that it is necessary to support United States’ efforts to counter international terrorism; is necessary to support the operational readiness of United States Armed Forces or coalition partners to counter international terrorism; is important to Azerbaijan’s border security; and will not undermine or hamper ongoing efforts to negotiate a peaceful settlement between Armenia and Azerbaijan.

For the last 19 years, Section 907 has been waived regularly by U.S. presidents. This has been continued by President Biden, but more is necessary: It is time to repeal Section 907 completely, for a variety of reasons. First, Azerbaijan and Armenia are maintaining negotiations regarding the demarcation of borders and the reconstruction of regional transportation links, while Azerbaijan is also working on proposals for the economic and cultural reintegration of Armenians living in Karabakh to the rest of Azerbaijan. Second, suggestions have been made for Armenia to be a part of regional projects and to end its isolation. In other words, the blockade in the region—one of the most important justifications for Section 907—has disappeared. Third, at present, the existence of Section 907 continues to harm the prestige of the United States, and repealing it would help the U.S.’ reputation in the region.

Finally, the U.S., whose presence in the region has weakened since the Obama period, must, to make an effective comeback, first repeal Section 907. Then, the U.S. companies can participate in the reconstruction and rebuilding of the regions liberated from occupation, participate actively in the signing of the final peace agreement between Azerbaijan and Armenia, and take part in the process of delimitation of borders. The U.S. can also help to find ways to normalize Turkey–Armenia relations. In doing so, Turkey, a NATO member, can consolidate its presence in the region. The U.S. can also continue to support joint projects with Azerbaijan and Turkey that contribute to regional peace and cooperation, for example, the Zangazur Corridor, Lapis Lazuli trade route, Baku–Tbilisi–Kars railroad, and South Gas Corridor. By taking these actions, the Biden administration can contribute to creating a positive agenda in the region.

About the author: Dr. Cavid Veliyev is the Head of Foreign Policy Analysis Department at Center of Analysis of International Relations.

The views and opinions expressed in this article are those of the author(s) and do not necessarily reflect the official policy or position of the Caspian Policy Center. 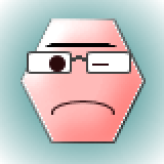 Good morning, everyone.  It is great to be back with...

Governments, businesses, industries, and people worldwide are adapting to the...