Connecting and Powering a Region: Status of the Rogun Hydroelectric Plant

Connecting and Powering a Region: Status of the Rogun Hydroelectric Plant

Tajikistan’s Parliament just recently passed legislation allowing foreign companies to invest in building the final phase of the giant Rogun hydroelectric plant.  Central Asian officials hope that completion of the plant, situated along Tajikistan’s Vakhsh River, will advance the region’s energy security by providing a highly needed efficient and reliable source of energy.  On October 29, 2016, an Italian company, Salini Impreglio began its work on the project that entails the construction of a 1099-feet-high (335 meters) dam, which will become the tallest in the world.  The Rogun plant is projected to minimize power outages significantly and produce enough power to export into neighboring Uzbekistan and Afghanistan, thus benefitting the broader region.  Lawmakers hope that foreign investment in the Rogun plant will provide the government with additional needed funds to complete the project.

Constructing such an ambitious project has proven costly. The price of construction is now estimated at $4 billion and Tajikistan’s government has since struggled to acquire the necessary funds.  Domestic investors alone have not been able to provide sufficient investments to finance the project, prompting lawmakers to permit foreigners to buy shares in the Rogun facility in order to complete it.  This legislation also follows other Tajik government attempts to privatize or partly-privatize its industries.  Tajikistan’s Talco aluminum company was recently converted from a state enterprise into an open joint-stock company, allowing for China Machinery Engineering Corporation to buy a stake in the aluminum producer.

Foreign investors may be skittish when it comes to funding the project.  The likelihood that construction of the final stages could take over a decade and ambiguity over whether everything will be finished on schedule could well spark concerns among potential foreign investors.  There certainly has been important progress: the first two generating units were successfully commissioned in November 2018 and September 2019.  However, the full completion date for the Rogun hydroelectric plant is now set at 2033.  Thus, construction is likely to last over a decade and investors would be unlikely to see profits from power exports until after that date.  However, if the government is unable to persuade foreign investors to buy shares in the project, Barqi Tojik, the national power company of Tajikistan, which also currently operates the largest hydroelectric station in Central Asia, will encounter trouble managing its finances.  Furthermore, construction of the dam has been a cause for concern in Uzbekistan over water supplies being interrupted, raising another set of apprehensions for foreign investors.

Indeed, the Rogun hydroelectric facility has been a significant factor in relations between Uzbekistan and Tajikistan.  The Vakhsh rises in the Pamir mountains and is a tributary of the Amu Darya River.  As the Amu Darya is the main source of irrigation for Uzbekistan’s cotton and other vital crops, Uzbekistan has voiced concerns in the past that the Rogun Plant would decrease needed water supplies.  Uzbekistan, which is mostly characterized by desert and mountainous terrain, relies heavily on importing water.  If Tajikistan were to ignore Uzbekistan’s concerns, it could seriously undermine the successful reconciliation process underway between the two countries since Uzbekistan’s President, Shavkat Mirzivoyev’s election.  Nevertheless, there are important, positive signs.  One such positive indicator is Uzbekistan’s possible willingness to join in the construction of the dam.  After Mirziyoyev’s visit to Dushanbe in 2018, Uzbekistan agreed to help increase the shares of hydropower consumed in Uzbekistan.  In turn, President of Tajikistan, Emomali Rahmon reassured his neighbor that Tajikistan’s endeavors will not hinder Uzbekistan’s water supply.  If Uzbekistan were to be involved in the process, then perhaps there would be less fear for its future water supply because of increased transparency.

The potential for disrupting the water supply for agriculture has to be a concern for Tajikistan as well.  Currently, agriculture accounts for 60 percent of Tajikistan’s employment.  Allocating so much of their resources, attention, and funds towards the dam project can potentially exacerbate rural/agricultural issues such as floods and natural disaster preparedness.  In the past, these issues have required greater attention as they tend to cause food shortages and blackouts.  The government and appropriate stakeholders will need to pay attention to these issues as construction at Rogun continues.

The issues surrounding the construction, funding, domestic impacts, and foreign relations connected with the Rogun hydroelectric plant should not be neglected.  Tajikistan has bet on the Rogun hydroelectric facility as the means to realize a more prosperous future with the Rogun, prioritizing its completion over other projects.  The project’s successful completion will provide the region with needed cleaner and more reliable energy and a welcome alternative for Central Asian countries facing growing demands for power. 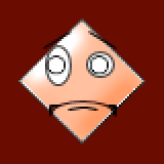