In Central Asia, environmental advocates and local populations have long called for greater action to mitigate extensive air pollution in the region’s urban areas. Almaty and Bishkek, two of the largest cities in Central Asia, are located in plains surrounded by mountains and as a result are often covered in thick layers of smog for much of the winter season. Across Central Asia, coal-fired power stations from the Soviet period continue to operate, contributing to heavy pollution and low air quality. In addition, the use of outdated stoves  and old, high emissions automobiles exacerbates the already poor situation. The Kyrgyz State Agency for Environmental Protection and Forests estimates that cars cause that about 180,000 of the 240,000 tons of harmful emissions in Bishkek. In the densely populated Ferghana Valley, the local topography creates a bowl-shaped landscape between the Pamir and Tian Shan ranges, which concentrates harmful particulates in the air. Central Asian governments should heed the warnings of advisors and activists in clamping down on activities that yield large outputs of air pollution in order to protect their populations from its harmful effects.

Air pollution levels across the region have reached alarming heights, as demonstrated by air quality measurements. Bishkek was ranked the second most polluted city in the world for the winter months of 2019-2020, behind only Delhi, India. The United States Environmental Protection Agency (EPA) declared 12 μg/m3 (micrograms per cubic meter) the annual standard for a suitable concentration of suspended fine particle matter (particles with a width of 2.5 microns or less). However, the average concentration of harmful particles exceeds the annual norm by 5.3 micrograms in Almaty, 4.5 in Bishkek, 4.2 in Tashkent, and 2.5 in Nur-Sultan. Similarly, the number of suspended particulates that exceeded the annual standard in Tashkent’s air was determined to be high for 80 percent of the days in 2019.

The harmful particles have adverse health effects on local residents. One study conducted by Annals of Global Health uncovered that chronic exposure to suspended particles will likely lead to long-term health complications. Eduard Auer, Head of the Delegation of the European Union to the Kyrgyz Republic, stated that air and water pollution contribute to 4,500 premature deaths annually, representing a staggering 14 percent of annual deaths in the Kyrgyz Republic. As COVID-19 continues to ravage much of the world, a recent study also shows that the long-term exposure to air pollution increases the likelihood of dying from the virus by 15 percent worldwide. Breathing in air pollutants, particularly fine particle matter, causes considerable damage to the heart and blood vessels making the body more vulnerable to the coronavirus and resulting in severe manifestations of the disease. Reducing air pollutants could present immediate health benefits, especially during the ongoing pandemic, when health care facilities are already overwhelmed.

Some countries have already unveiled proposals to mitigate the harmful effects of high-pollutant activities. For example, environmental investments in Kazakhstan increased by 24 percent from January to August this year, reaching $216 million. Furthermore, Kazakhstani president Kassym-Jomart Tokayev announced that environmental protection was a priority for his government and noted that Parliament plans to release a New Environmental Code by the end of the year. During the 75th Session of the United Nations General Assembly, Tokayev also stressed the importance of combating climate change through decarbonization of the economy and industrial modernization. While noting that Kazakhstan maintains a heavy reliance on fossil fuel resources, he emphasized that the country would decrease greenhouse gas emissions by 15 percent by 2030. The Minister of Ecology, Geology, and Natural Resources of Kazakhstan Magzum Mirzagaliyev has also mentioned new roadmaps developed to combat environmental threats, including air pollution. The programs include provisions like planting more than 2 billion trees and investing in pollution control technologies. The government also hopes to reform the public transport system to reduce urban air pollution, including a ban on diesel fuel due to high emissions of nitrogen oxides, a group of air pollutants that increase the prevalence of respiratory diseases. In 2018, a spokesman for then-Kyrgyz Prime Minister Mukhammedkaliy Abylgaziyev also said he hopes to urge Gazprom Kyrgyzstan to speed up plans to connect all of Bishkek to the electric grid to reduce the need for families to burn coal during the winter months.

The burning of coal to heat high-rise buildings and the use of outdated automobiles contribute significantly to Central Asia’s polluted skies. Harmful particles suspended in the atmosphere have contributed to increased prevalence of respiratory conditions and are destructive for the environment. Governments must work to address the concerns of their citizens by implementing realistic and attainable pollution mitigation goals. As a short-term goal, governments can switch from coal to natural gas for heating during the winter months. A representative from Gazprom declared that gasification would halve harmful emissions in the atmosphere and save municipal and national governments $15 million annually. Reforestation programs coupled with public transport reforms, including measures to electrify buses and trucks, will also significantly reduce urban air pollution. Introducing updated end-of-pipe technologies that filter and reduce air pollutant emissions released from plants and factories is another way to mitigate air pollution in the region. As a long-term objective, governments should also aim to prioritize renewable energy development. Given the region’s significant wind, solar, and hydropower potential, these clean energy source present a readily available way for Central Asian countries to meet their urban power needs without compromising the health of their citizens Although this change will not happen overnight, gradual initiatives to reduce harmful air pollutants will improve the public health and livability of cities across the region. 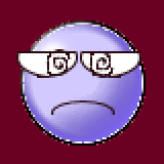