The modernization of security systems, information technology systems, and telecommunication systems are vital to the security of a nation as new threats emerge and rapid interconnectivity becomes more essential in an increasingly globalizing world. Through the Digital Silk Road announced in 2015 as the technological component of the Belt and Road Initiative, Chinese technology companies have aided Central Asian governments and law enforcement agencies to establish security systems utilizing facial recognition software, sometimes under the name of “safe cities” or “smart cities.” Chinese companies have also made deals to provide 5G to the region. However, Chinese technological aid does not come without costs as the increasing use of Chinese technology could put state security systems and citizens’ data at risk.

The Caspian Policy Center’s new policy brief on the growing Chinese influence through surveillance systems in Central Asia explores the implications of the involvement of Chinese government-linked technology companies with Central Asian governments and law enforcement. The brief discusses the implication on Central Asian national security with specific regard to the National Security Law under which all Chinese companies are subjected and regional responses to increased Chinese economic and technological presence. Recommendations focus on diversifying Central Asia’s technology partners and the creation of bilateral laws to increase privacy rights and transparency between governments. 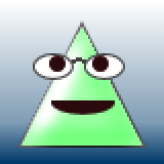 After the fall of the Soviet Union, the Central Asian...