Homepage Articles Caspian Security at the Crossroads: In the Cross Hairs?
Articles, News

Given the rapid onset of the global Coronavirus pandemic, the Caspian Region is geographically centered on difficult problem sets that will directly affect them. These nations are at the crossroads of Europe and Asia, as well as of Russia and Iran plus South Asia. The authoritarian governments in the north, east, and south (Russia, China, and Iran respectively) value stability and security above all and will commit all resources and manpower they can muster to counter the destabilizing effects of the pandemic. Regardless, the endemic problems outside the Caspian Region’s periphery will take root inside the region as a result of normal human movement between nations. In some of the Caspian nations, acute and widespread viral illness will present a serious threat to domestic and regional security if not properly treated, managed, and resourced.

A potential scenario for the impact of the COVID-19 infection of the Caspian Region might unfold slowly at first but could exponentially escalate into a social disaster and security challenge for the governments. The routes of China’s Belt and Road Initiative (BRI) will be potential avenues for viral transmission from which the epidemic will expand outward into urban centers and then the hinterlands. Close-knit social structures will contribute to the infection’s rapid spread, and inadequate medical infrastructure will be quickly overwhelmed by the demand for treatment. As an example, the virus expanded by 30% daily in the early stages of the disease’s spread in Hubei Province, China.1 No sector of society will be spared, but the least fortunate in terms of wealth and privilege will be hardest hit. Closed borders and enforced local and regional quarantines will bring domestic hardship to those who are least able to live tending to agricultural tasks and without working and being paid on a regular basis. Security forces will be required to maintain order but could be insufficient for helping medical authorities due to the potential scope and scale of the problem.

The Caspian Basin governments have had ample warning—about three weeks of unambiguous reports from elsewhere—and have seen the contagion’s impact on their neighbors, especially in China and Iran. They have seen a range of measures that work and have learned from others’ mistakes. The issue for the security sector is this: What is the best use of the security forces with their limited means and capacities in this situation?

In terms of what to do, the nations have limited means available which will determine how well and how extensively they can execute their plans of action. The security forces will most likely be faced with four very difficult tasks: secure the borders and internal cordons against contaminated migration; secure government institutions; provide humanitarian assistance to the nation; and provide direct support to the medical community in its fight against the epidemic. Most of the Central Asian States can do one, or maybe two, of these tasks sufficiently well. But even then, the execution of those tasks will be constrained by the lack of funding, materiel resources, and organic expertise to perform well. The end result will be that the governments will have to

choose what they want their security forces to accomplish with their limited resources and manpower, and where they must accept risks.

The immediate problem is to stop the virus’s spread across borders and into the major urban areas. Border control seems to have been achieved for the most part but has created the collateral problem of inhibiting legitimate trade and essential commerce. However, border control will be substantially less effective unless it includes screening, testing, and quarantine capabilities. Internal control of population movements will require cordons, and security forces will be able to assist domestic authorities in executing this task on the scale that may be needed. However, military forces are not particularly well-trained or prepared for the domestic operations needed to establish, enforce, and maintain large cordons and quarantine sites.

Some governments will be concerned about the security of various government institutions and will deploy forces to secure those entities. Essential government functions must also be secured from vandalism and lawlessness. Also, critical infrastructure such as communications, hospitals, equipment and supply depots, food distribution centers, power generation, and others may need security to prevent interruption of service delivery.

Military forces could be used to provide humanitarian assistance to the populace via a multitude of essential tasks. Water and food distribution to remote or isolated areas rise to the top of the list. Wide area surveys and assessments of the pandemic could be executed once trained by or under the supervision of public health professionals. Logistical support, such as transportation and distribution assistance, could be immensely helpful when the borders are closed and transportation is inhibited.

Military medical services are trained, equipped, and prepared for treating trauma as opposed to managing highly contagious respiratory diseases. In this regard, the conscript-based military forces will be of limited usefulness in the treatment of the affected populations. Rather, they would be more useful in logistical and direct support roles to hospitals and clinics. Military medical practitioners might be able to help with screening, testing, and practical support on a broad scale. They could also assist with medical evacuation and possibly establish field hospitals if they exist in the inventory.

Some security opportunism may occur whereby states use the crisis to act against perceived political opposition threats to the government as part of the increased security, population, and resource-control measures. Specifically, some populations such as the Uyghurs in Tajikistan could see increased pressure from the Tajik security forces or even from the Chinese forces patrolling inside Tajikistan from their small base in Gorno-Badakhshan.

Unfortunately, the pandemic is hitting the Central Asian states at the very time global oil prices are depressed and limit the funds available for response options and employment. Cash-strapped nations will not be able to buy new capabilities and medical supplies in the volume needed to counter a prolonged outbreak of the virus. Existing stocks will have to suffice in the near term and international aid, when available, will have to augment where possible.

The Caspian Region nations will be challenged to comprehensively respond to the COVID-19 pandemic as it spreads into its populations. It will require the assistance of the military forces but will also require judicious employment against critical needs and informed acceptance of risks on what can and cannot be achieved with military forces. 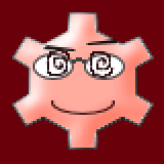