After the collapse of the Soviet Union in 1991, the newly independent Central Asian republics aimed to increase their ties with the wider world. These countries searched for regional and global allies to safeguard their security and territorial integrity, and economic partners to promote investment and diversify their markets. Due to historical ties, Russia remained politically and economically close to Central Asia. Apart from bilateral relations between Russia and the Central Asian states, Russia also leads the Eurasian Economic Union (EAEU), the Collective Security Treaty Organization (CSTO), and the Commonwealth of Independent States (CIS) of which many Central Asian countries are members. China’s relationship with Central Asia has also expanded rapidly since their independence. The Shanghai Cooperation Organization (SCO), a Chinese-led political, economic, and security alliance, and the Belt and Road Initiative (BRI), China’s intercontinental infrastructure development scheme, signal the increasing importance of China’s influence in Central Asia. Although the United States is not geographically connected to Central Asia, it remains a major power in the region through bilateral and multilateral relations. The United States strengthens economic and political regional cooperation through the C5+1 initiative, and the countries continue to collaborate through U.S. led international organizations such as NATO’s Partnership for Peace (PfP). As the Biden administration settles in in the United States and the countries of the Central Asia celebrate their 30th anniversaries of independence, the issue of great power competition has grown in prominence.

With growing economies and increasing political strength and autonomy, alliances and influence in Central Asia hold the interest of the key international powers: Russia, China, the European Union, and the United States. In order for the United States to craft effective policies, it should first understand the motivations, policies, and initiatives of the other great powers in the region.

In this report, the CPC research team explores the motivations and capabilities of global powers in the Caspian region. By taking stock of each power’s recent activities and goals, this report develops potential strategies that governments in the region can use to navigate this period of international competition. 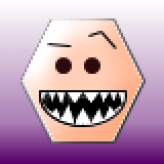 With Kazakhstan’s Rejection of Russia’s Efforts to Politicize EAEU, Multi-Vector Foreign Policy is Alive and Well

Uzbekistan Leverages Regional Diplomacy as an Investment in its Future

SearchPostsLogin
Kazakhstan Accelerates Renewable Energy Transition
With Kazakhstan’s Rejection of Russia’s Efforts to Politicize EAEU, Multi-Vector Foreign Policy is Alive and Well
Uzbekistan Leverages Regional Diplomacy as an Investment in its Future
Media Highlights of the Week- June 21, 2021
The Need for More Active U.S. Engagement in the Caucasus
Kazakhstan Should Rethink How It Accepts Repatriated Ethnic Kazakhs