As the Biden-Harris administration takes the reins on U.S. foreign policy, the South Caucasus is emerging as a region striving for greater bilateral engagement. On June 6, Acting Assistant Secretary for European and Eurasian Affairs Philip T. Reeker embarked on a week-long trip to Georgia, Armenia, and Azerbaijan, in what was the Biden Administration’s first official visit to the region. The visit, well-received by local and regional experts, demonstrated renewed U.S. support for the democratic and economic development of South Caucasus.

Kicking off the visit in Georgia, Reeker met with non-governmental organizations and media advocacy groups to discuss civil society participation in the implementation of the April 19 deal. The agreement, mediated by EU and U.S. ambassadors, resolved a months-long stalemate in the Georgian parliament. However, the true test of its success is unclear and will hinge on the transparent conduct of local elections scheduled for this fall. In meetings with civil society members, Reeker stressed the importance of government accountability and underscored the value of freedom of press and human rights in mending the divisive political atmosphere.

To support the implementation of the agreement, in briefings with the government and opposition parties, Reeker emphasized the fundamental necessity of independent electoral and judicial institutions, noting that reforms are “essential to ensure Georgia’s democratic development continues to support its path toward Western integration.” The sentiment is consistent with the existing U.S. foreign policy narrative towards Georgia. Early in June, U.S. Senators Jeanne Shaheen (D-NH) and Rob Portman (R-OH) delivered similar messages to decision-makers on their official visit to Tbilisi. Together, both visits served as a clear indication of continuing engagement in the U.S.-Georgia bilateral partnership.

In Armenia and Azerbaijan, Reeker’s agenda included meetings with government, civil society, and business leaders to discuss respective national priorities and address issues relating to the Nagorno-Karabakh war.  During Reeker’s visit, Azerbaijan released 15 Armenian detainees in exchange for maps of some of the mined areas in Azerbaijan’s reclaimed territories.  According to both Yerevan and Baku, the agreement was negotiated with help from  U.S., EU, and Georgian officials and was a celebrated cross-regional collaboration. Russia’s notable absence from the list of facilitators could indicate that Armenia and Azerbaijan are trying to balance Moscow’s increasing presence in the region that has grown significantly after Russia sidelined the OSCE Minsk Group framework last fall and deployed over 2,000 peacekeepers to enforce the ceasefire.

The role of U.S., EU, and Georgian diplomats in the latest efforts towards lasting peace in the South Caucasus illustrates the potential of high-level diplomacy, dialogue, and in-person engagement with Western partners. For the South Caucasus nations these are welcome, if somewhat belated, developments. The re-emergence of the United States as a key player in the Nagorno-Karabakh peace process after being less than fully engaged during the 2020 war bodes well for the region and the United States. The visit of a senior State Department official is a positive sign of the Biden-Harris administration’s plans for the region; many hope this engagement will grow. As President Biden noted in Geneva during the summit with President Vladimir Putin, “all foreign policy is the logical extension of personal relationships.” If that is truly the current administration’s approach to international relations, Acting Assistant Secretary Reeker’s visit should be the first of many more and higher-level U.S. visits. 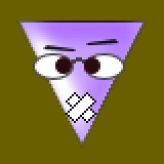 Article by Caspian Policy Center Tamta Gegechkori
Previous Story
Bilateral Agreements Offer a Way Out of Central Asia’s Water Woes, But Are They Sustainable?
Next Story
Media Highlights of the Week- July 5, 2021