As the United States closes its last major base in Afghanistan, other Central Asian states prepare for the effects of a potential civil war on the other side of their borders. Taliban fighters are taking more territory in Northeast Afghanistan, resulting in Afghan security personnel as well as Afghan civilians crossing the border into the country’s northern neighbors.

With a rapidly expanding Taliban presence along the shared borders, Uzbekistan, Tajikistan, and Turkmenistan, have begun to take stepped up measures. Uzbekistan, with the shortest shared border, was the first to take a tougher stance against unauthorized border crossings. Afghan soldiers who fled into Uzbekistan while retreating from Taliban forces in late June were detained and promptly sent back to Afghanistan. A recent statement from the Uzbek government reiterated that soldiers crossing the border without prior approval constitutes a violation of international law.

Tajikistan, on the other hand, has taken a more open stance, even after the Taliban captured the U.S. built Shir Khan Bandar border crossing, and one thousand Afghan soldiers fled the country. In recent weeks, at least another 500 Afghan service members have reportedly fled into Tajikistan as the Taliban gained control roughly 70 percent of the Tajik-Afghan border. In late June, the Chairman of the Gorno-Badakhshan Autonomous Region of Tajikistan stated the country’s willingness to accept 10,000 Afghan refugees, noting that “during the civil war in Tajikistan, these people accepted our refugees, and today we will help them.” On July 7, however, Tajikistan requested military assistance from CSTO allies to secure their border and repatriated 600 Afghan soldiers.

Turkmenistan, the country with the longest of the shared borders, remained relatively silent until reports of a meeting in Ashgabat with Taliban representatives to ensure border security and to limit the flow of refugees. While a majority of the fighting has been in Northeast Afghanistan, Turkmenistan’s military has cracked down on its mandatory conscription of men between the ages of 18 and 27 and begun amassing heavy weapons and helicopters near the shared border. This public display does not mean Ashgabat is preparing for extensive fighting near its border but indicates Turkmenistan’s desire to prepare its military ahead of the United States’ full withdraw by the end of August.

Looking at the situation in Afghanistan more broadly, the Ministers of Foreign Affairs of both Uzbekistan and Tajikistan came to Washington separately to meet with U.S. Secretary of State Blinken and Secretary of Defense Austin during the first week of July. In all four of these meetings, cabinet-level officials reportedly focused on U.S. “over-the-horizon” capabilities or the United States’ ability to launch airstrikes from bases outside of Afghanistan in countries such as Uzbekistan and Tajikistan. Given their strategic positions, the Central Asian states are in a position to assist as the United States turns Bagram Air Base over to Afghanistan’s military and complete the pullout of its troops.

During the press conference where President Biden’s defended the troop withdrawal, the role of the other Central Asian states was brought up as a temporary home for Afghans seeking asylum in the United States. While support from outside the country was promised, it is still unclear how much more is coming and what that support would look like. President Biden was definitive, though in stating that the United States firmly believes the Afghan government has the training and capability to maintain its sovereignty going forward and is not the responsibility of the U.S. military.

The Central Asian states will need to balance humanitarian, national security, and other goals as the situation in Afghanistan, and the region as a whole, changes with the U.S. military withdrawal. With less of a U.S. presence in Afghanistan, the three Central Asian neighbors to the North should coordinate their responses to the situation in Afghanistan. Just in terms of dealing with possible influxes of Afghan refugees, for example, differing levels of restrictiveness in border policies, e.g., who can enter, could lead to inordinate pressures on one or another of Afghanistan’s neighbors. As the situation evolves, while engagement with the United States will be important, dialogue among Tajikistan, Uzbekistan, and Turkmenistan should be increased rather than overly relying on external powers to coordinate individual responses. 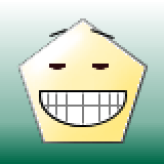