April’s Oil Deal and the Caspian

April’s Oil Deal and the Caspian

The OPEC+ April 12 agreement ended the production war between Saudi Arabia and Russia, and put to the side an unwanted additional bearish element in world oil and gas markets.  Interestingly, the agreement came about in part due to a significant shift in U.S. energy diplomacy.  Despite the agreement though, oil and gas producers in the Caspian and elsewhere will continue to see lower oil earnings.  The strong negative impacts of the COVID-19 pandemic on world energy markets — the drop in transportation as people around the world need to stay at home and an economic retrenchment that the IMF now reports could result in a 3-percent decline in global GDP this year — mean retrenched demand for oil.  The International Energy Agency’s Oil Market Report released April 15 forecasts “a drop in demand in April of as much as 29 mb/d [million barrels a day] year-on-year, followed by another significant fall of 26 mb/d in May.”  An easing of the necessary health restrictions and a gradual economic recovery would reverse this trend, but the IEA currently still expects oil demand in December to be down 2.7 mb/d over December 2019 levels and total oil demand for 2020 to fall by 9.3 mb/d.

Under the new agreement, the OPEC+ producers committed to a 23% cut (9.7 mb/d) from their normal overall levels of oil output.  That figure constitutes roughly 10% of the global oil supply.  Under the agreement as reported, producers will cut their production by 9.7 mb/d in May and June.  They plan then to decrease their cuts to 7.7 mb/d from July to December 2020 and then to reduce them further to 5.7 mb/d from January 2021 to April 2022.

Market analysts have spent the last days looking at who won and who lost with the agreement.  Saudi Arabia is seen as coming out of the arrangement well, even if it has agreed to cut 3.3 mb/d from the current reported production levels of around 12 mb/d.  Russia agreed to cut 2 mb/d from current reported production levels of 10.4 mb/d, however analysts note that Russia had refused to take a 300,000 b/d cut in March, a decision which angered the Saudis and precipitated the production fight.

But an especially noteworthy aspect of the April 2020 agreement is the role President Trump and U.S. Energy Secretary Dan Brouillette played in engaging key producers.  Their active role makes the United States appear as a sort of godfather of the final deal.  For decades, the United States usually pushed for lower prices to foster the U.S. and global economic growth, and often spoke out against cartel-like market-shaping arrangements while looking to avoid consumer anger over high gasoline prices.  The Trump Administration, however, pushed for cuts in supplies and for higher, stable crude oil prices, putting a greater focus on oil producers.  This is a shift from the decades-old U.S. government position that market forces, not cartels, should determine oil prices and supplies.  The Administration publicly flags a two or maybe even three million barrel a day cut expected in U.S. production.  That cut, however, is due to lower world oil prices, to the economics of fracking, and to the drop in American and foreign demand, something Riyadh and other OPEC+ capitals know.  This policy shift may only have been possible because of the COVID-19 induced slowdown in the overall U.S. economy and because gasoline prices in the United States had already dropped so low that American consumers — i.e., American voters — would accept the Administration’s action as preserving jobs in the oil sector and not rebel.  Nevertheless, as recently introduced pieces of draft legislation suggest, many in Congress and elsewhere in the United States still take a dim view of OPEC and would like it disbanded.

While the OPEC+ agreement put the Saudi/Russian fight over oil production levels off to the side, serious bearish factors persist.  The global economic slowdown coming as countries take necessary measures to protect their populations and fight the spread of COVID-19 continues to translate into declining global demand for oil, worsening the significant supply overhang that had existed already.  The excess supplies that plagued markets before the OPEC+ agreement was reached were so large that the lack of additional storage space for oil had become a serious concern.

Further on the supply side, there is a sense that lower-cost crude oil producers, such as Said Arabia, Kuwait, and the UAE, are the ones that will fare best in the current environment.  International energy companies will continue to operate and need to think longer-term, albeit with reduced budgets for capital expenditures.  These firms will likely tend to gravitate towards producing in countries where they have produced before, where they know and are comfortable with the legal and other components of the operating environment.  High-cost/high-risk projects may be set aside as oil companies cut back on their exploration and capital outlays.  Shale will remain a key market factor; it is a sort of reserve we know that is there and can be tapped when the price is right and the need exists, thus ending fears of “peak oil.”

These factors all add up to some difficult times for oil and gas producers in the Caspian Basin.  Export revenues and the amounts moving into government treasuries and sovereign wealth funds will likely fall even as countries need to expend more on health and social safety nets.  But the difficulties are not insurmountable and can be managed.  Good geology is important, but not enough; it will be those countries that have put in place and maintained sound business environments and relations with energy companies that will be competitive.  Even with constrained exploration and development budgets, companies still need to replace current production and act to meet future oil and gas demand.  With this reality in mind, Caspian producers can take steps to weather the current situation, including working with the major international firms, such as Chevron and ExxonMobil in Kazakhstan and BP and Total in Azerbaijan.  Azerbaijan and Turkmenistan should also look at whether it might be possible to move ahead with the Kapaz/Sardar field in the Caspian. 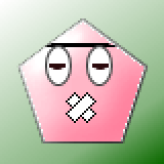