Agreement Struck on a Unified Electric Grid for Central Asia

Agreement Struck on a Unified Electric Grid for Central Asia

On July 4 the five Central Asian countries and Afghanistan signed an agreement in Istanbul to connect their electric grids and unify their electricity markets. The heads of each country’s state-owned energy enterprises were present at the conference. The Asian Development Bank has expressed its desire to support such a unified grid and USAID is already set to provide support via its Central Asia Regional Electricity Market program.

Such an arrangement would not be a novel development in the region. The five Central Asian states had a symbiotic energy relationship during Soviet times that helped mitigate the impact of resource discrepancies between the mountainous nations of Tajikistan and Kyrgyzstan and flat gas-rich countries of Turkmenistan, Uzbekistan, and Kazakhstan.

During the Soviet era the two parties had an arrangement whereby Kyrgyzstan and Tajikistan would send the other three states water during the summer, receiving oil, gas, and electricity in return on the winters which can get exceptionally cold.

After the Soviet collapse, the Central Asian countries continued to work under a similar arrangement for years under the new name Unified Energy System of Central Asia. However, due to Turkmenistan’s departure from the system in 2003 in the name of neutrality and a dispute between Tajikistan and Uzbekistan in the late 2000s, the system fell apart.

Two years after a brutal winter in 2007 when Tajiks were forced to shiver in the cold due to a lack of electricity, Dushanbe did not stand still when another harsh winter gripped the country. Without permission from the other powers, Tajiks drew a larger volume of electricity from the grid, bringing about a system failure that caused a power cut in Uzbekistan as well as Tajikistan. Not only did the regional system collapse after that, but Uzbekistan also stopped trading electricity with Tajikistan altogether.

Since then, Tajikistan has been crippled in terms of energy production despite its vast hydropower potential. According to the World Bank’s Doing Business report, the cost of acquiring electricity for a business in Tajikistan is almost 9 times the income per capita. Moreover, the lack of access to electricity has caused vast deforestation as Tajiks burn wood in their stoves as an alternative. Furthermore, the blockade harms Tajikistan economically because it cannot find enough avenues to export its surplus electricity generated by hydropower during the summer other than Afghanistan. Thus, Dushanbe has been the major proponent behind reuniting Central Asia’s electrical grid and market to reenable energy trading.

However, it takes two to tango, and Uzbek president Shavkat Mirziyoyev wants to dance. Since his ascension to the top position in the government three years ago, he has pursued a policy of détente with its neighbors, especially with Tajikistan. Restarting a symbiotic energy relationship is one way to achieve that. A unified grid and electricity market will increase trade, trust, and connectivity in the region, easing tensions that have been high for more than a decade. 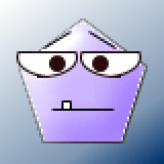