Last week’s changes in the top of Azerbaijan’s Economic Ministry — Minister Shahin Mustafayev moved up to a deputy prime minister slot and Tax Minister Mikayil Jabbarov assumed the Economic Ministry portfolio while keeping responsibility for tax collection and policy — can be impetus for advancing and accelerating the economic reforms Azerbaijan needs.

These personnel changes come at the same time Azerbaijani President Ilham Aliyev publicly announced that those in the government over age 70 should step aside to make room for younger faces and new ideas.  “Qualified young people with up-to-date knowledge of contemporary world economy should take responsible government positions.  We live in the 21st Century and cannot move into the future with outdated mentalities and thinking,” Aliyev stated.  The resignation the next day of Dr. Ramiz Mehdiyev from the top of the Presidential Administration, a position he had held since 1994, is especially noteworthy here.  Mehdiyev, who is over 80, was often described as suspicious of western ideas and reforms.

While enjoying important oil and gas reserves that supply the bulk of its foreign exchange and government revenues, Azerbaijan has needed to diversify its economy for its long-term prosperity and development.  Over 2/3 of Azerbaijan’s 10 million-plus population was born in 1990 or later and there is a pressing need to create jobs.  Hydrocarbons provide substantial income, but the sector is hardly labor intensive.  Diversifying the economy away from its dependence on oil and natural gas production, seeing the creation of new industries and enterprises, and boosting the kinds and numbers of jobs have been stated objectives for a number of years.

The collapse of world oil prices in 2014/2015 especially drove this point home with the result that the government developed and embarked on a set of economic reforms in 2016.  That reform program drew on other countries’ experiences, on outside expertise, and on input from businesses operating in Azerbaijan.  It recognized the need to encourage entrepreneurship and for the government to make changes in the legal and regulatory environment to develop a business climate where creativity is supported and risk-takers can feel they will be rewarded.

Economic reforms, while often recognized as necessary, are also often hard to see through.  This is a reality in the United States, in other industrialized countries, in emerging market economies, and in developing countries.  Reforms are seldom painless or easy and a public can see an initial change or a slight improvement as a reason to say “that’s enough.”  The problems or dislocations that often accompany reforms — something economists express as a “J” curve, one where things get harder or worse before they shoot upwards — can also create headwinds that slow or stop reforms.

The problem is that the need for reform does not go away just because conditions might be daunting.  Rather, as cases in a number of countries show, postponing or putting aside reforms only make them more difficult, more painful, and more necessary.

The decisions regarding economic reforms are Azerbaijan’s.  Last week’s personnel changes are hopefully a sign that the country will pick up the pace of reforms, taking on steps such as improving the protection of intellectual property, strengthening transparency, improving the rule of law and fighting corruption.  In this regard, Azerbaijan should accelerate its talks to the join the World Trade Organization (WTO); membership has been a sign for many developing countries that they are seriously applying the rules of a market-based economy, full partners in the global trading system, and open for business.  Hopefully too the government will deepen dialogue with all the stakeholders in Azerbaijan’s economy in order to obtain feedback and further ideas as well as to build additional support for reforms.

The World Bank now ranks Azerbaijan 25th in terms “Ease of Doing Business.”  The World Economic Forum puts it just ahead of Greece, South Africa, and Turkey in the WEF’s Global Competitiveness.  The Heritage Foundation gives Azerbaijan a score of 65.4 in its 2019 Index of Economic Freedom; foundation experts say a score in the 60’s tends to show a country is at a point where it can take off and considerably expand if the right policies are implemented.

Like other countries in the Caspian region, Azerbaijan faces numerous economic challenges.  That said, it has the means to take on its shadow economy, to double down in combatting corruption, to pull back on unnecessary government intervention in economic activities, and to strengthen the rule of law and take other steps to foster entrepreneurship, job creation, and greater prosperity. 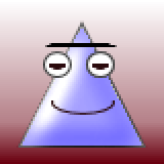 COVID-19 and the Greater Caspian Region

“COVID-19 is the greatest test we have faced together since...

Given the rapid onset of the global Coronavirus pandemic, the...

SearchPostsLogin
THE TASHKENT SUMMIT: A WELCOME NEW DIRECTION IN CENTRAL ASIA
Caspian Policy Center Celebrates the 25th Anniversary of the “Contract of the Century” in Washington.
COVID-19 and the Greater Caspian Region
Caspian Security at the Crossroads: In the Cross Hairs?
COVID-19 Border Closures Impact Tajik Seasonal Workers
U.S. Cuts $1 Billion in Aid to Afghanistan After Pompeo Visit
Construction to Begin on the Afghanistan Leg of CASA-1000
25 Years After the “Contract of the Century”: The Implications for Caspian Energy