COVID-19 has spurred ongoing technological development in Central Asia as residents and businesses adjust to meet new socially-distanced realties. In response to the pandemic, the number of cashless transactions in the region increased and the financial technology, commonly known as fintech, sector boomed. International financial institutions, central banks, and private businesses focused — and continued to focus — on building e-commerce, online banking, and other Internet technologies for Central Asians. In Central Asia and the Caucasus, as elsewhere in the world, IT is now essential infrastructure and access to the Internet and on-line services is as important as access to roads or electricity. Small and medium-sized enterprises (SMEs), migrant workers, and citizens now without physical access to a bank all stand to benefit, for example, from the growing accessibility of the digital finance industry, but challenges, including Internet access and consumer confidence in digital financial services, persist.

Kazakhstan continues to progress towards financial digitalization, with 8 out of 10 transactions already occurring virtually. Kaspi, a digital banking and technology firm based in Kazakhstan, issued roughly 60 percent of all government pandemic relief payments via its app. Kaspi’s banking app and other digital wallet apps, like Apple Pay, demonstrate the advantages of cashless transactions as well as enable SMEs to conduct business online in the face of the pandemic. The volume of cashless transactions in Kazakhstan keeps growing, reaching 12.5 trillion tenges (approximately $30 billion) in the first quarter of 2021. The Astana International Financial Center, which looks to promote technological as well as economic growth, serves as an incubator for innovative  financial technologies.

While the Kyrgyz Republic has a substantially less developed financial technology sector than Kazakhstan, its fintech sector is nevertheless steadily growing. From 2018 to 2019, the volume of cashless financial transactions there grew 53 percent. Still, Internet penetration remains problematic. Citizens in Bishkek have the same level of Internet and broadband access as people in some Organization for Economic Cooperation and Development (OECD) countries and depending on the provider, it might even be faster than the OECD average Internet speed. Outside the capital, however, Internet usage remains low. Ninety one percent of Kyrgyz citizens own a phone, but most of the country’s network coverage is 2G or 3G and many of the servers provide weak digital security. Slow network speeds and a lack of security makes it difficult for financial technology firms to reach new customers or protect existing clients’ financial information. Kyrgyzstan is working with the World Bank to improve these particular shortcomings through the Digital CASA project. Digital CASA looks to bring high speed Internet via fiber optic cables to Kyrgyzstan, while simultaneously lowering the price of Internet access. The opportunity for growth exists as only 10 firms in Kyrgyzstan that have invested heavily into this sector.

Uzbekistan’s financial technology sector also remains uneven and can be developed further. Prior to the pandemic, approximately 79 percent of Uzbekistan’s private sector workers received their salaries in-cash. Additionally, only 15.4 percent of the population used mobile apps or Internet banking for their financial needs in 2019. Since the start of the pandemic, TBC Uzbekistan, a digital bank that enables users to create bank accounts, request loans, and deposit money online, has attracted 200,000 new users to its app. Payme, TBC Uzbekistan’s digital payment service, boasts roughly 3.4 million users and grew 74 percent during the pandemic. Additionally, the Central Bank of Uzbekistan worked with private banks to create QR codes allowing customers to scan and pay for goods through their phones during the height of the pandemic. In total, banks created around 3,000 QR codes for vendors. For a country of 33.5 million people, these statistics indicate that only a fraction of the population engages with new financial technology and so suggest significant room for growth.

In Tajikistan, international organizations are refining cashless transactions to boost the efficiency of money transfers from migrants working abroad. A United Nations Development Program (UNDP) project that began in 2018 uses blockchain technology to allow migrant workers in Russia to send funds back to Tajikistan through a phone app. The recipient can then convert the transferred funds to cash or shop virtually. While an International Financial Corporation report cited in the UNDP project found that 69 percent of respondents in Tajikistan wanted the option to do business virtually, accountsfrom the leading financial technology business in the country, Alif Bank, indicate there is still broad resistance to digitalizing the economy. Recently, Alif Bank has worked closely with the National Bank of Tajikistan to register new users through smartphones and by March 2021, 2.1 million subscribers (approximately 22.5 percent of the population) were using digital payment instruments.

Overall Internet speed and access remain a will challenge in Tajikistan, and the lack of substantial competition in the telecom sector might inhibit needed investment. Tajikistan has some of the world’s slowest internet speeds and very few secure servers to store users’ financial information. To digitalize Tajikistan’s economy, serious investment in infrastructure and governance is imperative. A more robust digital infrastructure in the country could facilitate easier remittance transfers from abroad, SMEs access to new sources of credit via crowdsourcing, and better incorporate individual entrepreneurs now operating solely on a cash basis into the formal economy.

Stronger telecommunication networks are crucial throughout Central Asia. Even Kazakhstan, with the region’s best internet connectivity, still lags behind the rest of the world. Its mobile Internet speed is the 80th fastest and its broadband connection ranks 65th, slightly slower than Belarus or Paraguay’s internet speeds.

Such slow speeds are a barrier to development. Internet connection and broadband speeds determine the reliability and usability of the apps and systems upon which cashless transactions and other services rely. E-commerce and electronic payments will allow more people to access funds, to sell their products online, and send remittances back to their home countries for a lower cost, thus facilitating Central Asia’ economic growth. The bottom line, as the Pandemic has made clear, is that e-commerce and the Internet are essential to economic well-being. 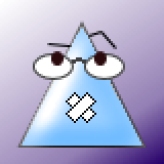