Perhaps the major highlight of my tenure as United States Ambassador to Kazakhstan was engaging the Kazakhstani government in effecting the successful conclusion of the Joint Comprehensive Plan of Action (JCPOA) with Iran.  An essential part of the deal was providing Iran with a specified quantity of Low Enriched Uranium (LEU) in exchange for Iran removing all its weapons grade Highly Enriched Uranium (HEU) outside of Iran.  The United States approached Kazakhstan, as a major producer of uranium located near Iran, to ask whether it would be willing to provide Iran the required amount of LEU.  True to its role as a leader in global nuclear nonproliferation efforts, Kazakhstan readily agreed to participate.

Together with Iranian, Russian, and Norwegian partners, we managed to negotiate, pay for, and finally transport the LEU to Iran.  I recall a particularly long night working with the Kazakhstani Foreign Minister to enable delivery of the shipment to Iran just in time to allow the JCPOA to go into effect. Without a doubt, Kazakhstan’s contribution and our joint diplomacy were critical to the success of the JCPOA.  This result exemplified the superb partnership the United States. and Kazakhstan forged over the years working together to promote nuclear nonproliferation.

Other achievements during my ambassadorship included successfully negotiating an additional bilateral transit agreement for U.S. supplies to Afghanistan and working with Kazakhstani colleagues to enable the United States to participate in the 2017 Astana World’s Fair with a highly popular U.S. Pavilion manned by a cohort of enthusiastic, talented young American “ambassadors.”  Again, none of this would have been possible without the close partnership developed between the United States and Kazakhstan since the inception of diplomatic relations 30 years ago.

In addition to the foregoing activities, despite my career-long effort to avoid dealing with the problems of the Middle East, Kazakhstan’s   hosting the “Astana Process,” that aimed to bring about a durable cease-fire in Syria, led to my appointment as the official U.S. observer at those talks.  In truth, I enjoyed the experience.  It was an example, once again, of U.S. – Kazakhstani partnership in promoting peace – another tradition dating from the earliest days of our bilateral relationship, and one of the many aspects that make the relationship strategic and special.

Finally, as icing on the cake of my ambassadorship, in 2018 I was able to organize and participate in President Nazarbayev’s official visit to Washington that included a lunch at the White House hosted by President Trump, reflecting once again the enduring importance and strength of the U.S.-Kazakhstani partnership at the very highest levels of our governments.

My time in Kazakhstan sped by.  I especially loved travelling the country.  Etched in my mind are Kazakhstan’s varied and vast natural landscapes and the warmth, openness, and hospitality of its diverse people.    I will never forget the spiritual peace I felt visiting the remote yet hauntingly beautiful scared pilgrimage sites in Mangistau region.  I was proud to erect a traditional Kazakhstani yurt at the U.S. Ambassador’s residence in Astana.  It became a magical meeting place for my Kazakhstani and American visitors alike – a beautiful symbol of the respect and friendship our countries have enjoyed since 1991.

On May 14, join four former United States Ambassadors to Kazakhstan to discuss the key developments in the U.S.-Kazakhstan relationship over the last three decades. Register here to receive a livestream link prior to the event. 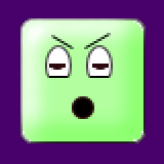 The Need for More Active U.S. Engagement in the Caucasus

The Need for More Active U.S. Engagement in the Caucasus...

Uzbekistan, Pakistan, and Afghanistan have been in talks that began...